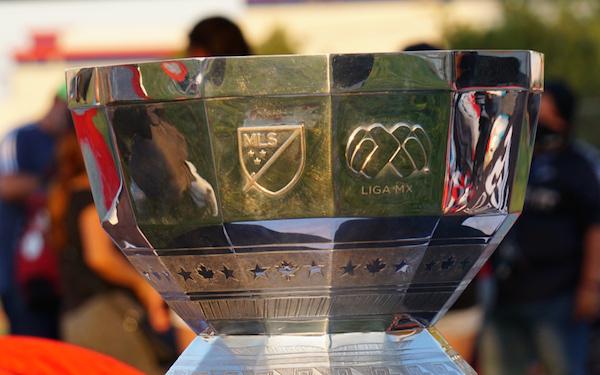 For several years, there has been talk of a merger between Major League Soccer and Liga MX, though parties have downplayed talk of a unified North America league, emphasizing the legal and commercial entanglements of the two leagues.

Now, we have the deal, a mini-league of sorts.

All 47 teams. MLS and Liga MX announced plans on Tuesday for an expanded Leagues Cup in 2023: all 47 teams from the two leagues -- 29 MLS teams (the current 27 plus Charlotte FC and St. Louis City FC) and 18 Liga MX teams -- will take part in a month-long tournament during the summer.

The Leagues Cup started in 2019 with eight teams playing a knockout competition. It was supposed to expand to 16 teams in 2020 but was cancelled due to the Covid-19 pandemic. A slimmed-down 2021 competition -- again eight teams -- concludes on Wednesday when the Seattle Sounders face Leon in the final at at Allegiant Stadium in Las Vegas. Until now, all Leagues Cup games have been played in the United States. (The Leon-UNAM semifinal was played in Houston.) In 2023, the plan is to have games played in the United States and Canada.

The new Leagues Cup will include a group stage to allow each team a minimum number of games followed by a knockout stage.

The Sounders were rewarded for fielding their best-strength lineups with wins over Tigres and Santos Laguna. Sporting KC fielded a team of mostly reserves in the quarterfinals against Leon and was crushed, 6-1.

The carved-out window will also allow fans to focus on one competition -- and MLS and its broadcast partners to concentrate on promoting the competition, like MLS did with the 2020 MLS is Back Tournament.

Concacaf expansion. The efforts of MLS and Liga MX to expand its commercial offerings -- there is also the Campeones Cup and MLS All-Star game with MLS vs. Liga MX all-stars -- compete with those of Concacaf, which organizes the Champions League featuring MLS and Liga MX.

In 2021, there were nine MLS and Liga MX entrants in the 16-team field. (Club America and Monterrey will meet next month in the final.)

In 2024, there will be as many as 18 teams from MLS and Liga MX in the Concacaf Champions League, which will be expanded to 27 teams. Those MLS and Liga MX teams will include the top three teams in the Leagues Cup.

Concacaf plans to reintroduce a group stage have been scratched, so the expanded Champions League will remain a knockout competition with two-leg series for four rounds followed by a single-game final.

Lengthened calendar. How will MLS accommodate the expanded schedules -- the month-long Leagues Cup involving 29 teams instead of three midweek dates involving four teams and an extra round for the Concacaf Champions League involving as many as five more MLS teams?

The Sounders will pay a price for their three Leagues Cup dates in 2021: They will play games every midweek and weekend outside the October FIFA window until Nov. 1 and will have a makeup game against Vancouver on Oct. 9, in the middle of the FIFA window. (The 2021 MLS regular-season schedule is an anomaly with an unprecedented number of midweek matches because of the mid-April start to the season due to ongoing issues with the Covid-19 pandemic.) 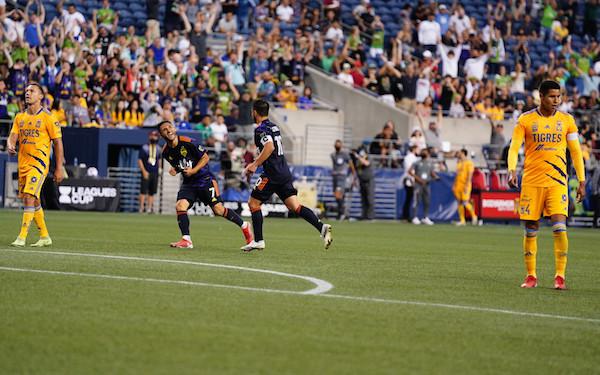 In 2019, the MLS regular season and playoffs began in late February and ended in mid-November, before the November FIFA window. To accommodate the expanded schedules in 2023 and on, MLS will likely begin in late February but end in the second week of December, like in 2021.

Countdown to World Cup 2026. The announcement of the expanded Leagues Cup referred to "showcasing the soccer infrastructure and capabilities in the region in the years leading into the 2026 FIFA World Cup in the U.S., Canada and Mexico -- the first World Cup to feature 48 countries." By 2023, the World Cup stadiums will have been picked.

One cannot emphasize enough the importance of the countdown to the 2026 World Cup, the first World Cup hosted by three countries. MLS is banking on the 2026 World Cup to take interest in soccer in the United States and Canada to new heights -- and it will begin with using the platform of the Leagues Cup to promote the North America World Cup and all 47 clubs in the three countries competing against each other, even if for only a month.