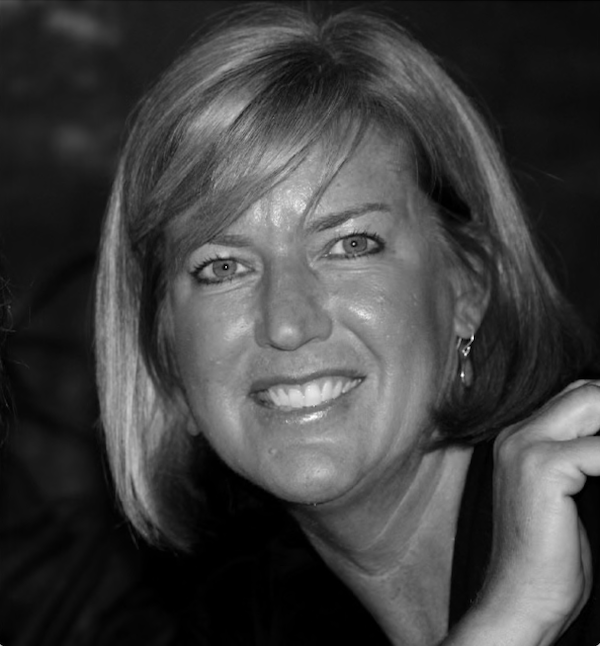 You may never have heard of Amber Steele. But it’s a measure of her importance in the soccer world that in FIFA meetings with Sepp Blatter, the former president insisted everyone speak English -- in deference to her.

Steele is manager of global event operations and worldwide sports for the Coca-Cola Company. She’s in charge of some of the world’s most popular events, for one of its most recognizable brands. But as big as the Olympics, Special Olympics, Paralympics and Formula 1 racing may be, there is still nothing like the FIFA World Cup.

Steele’s soccer credentials are the real thing. She’s a former FIFA marketing executive; MLS club employee at Columbus; Events Department professional at U.S. Soccer and team liaison for the U.S. men’s national team at the 1994 World Cup. A Bloomington native, she worked with the Indiana University men’s program as an undergraduate (and earned head coach Jerry Yeagley’s praise as the best non-playing student he ever had).

It was at IU that Steele learned the hands-on approach that carried her to nine World Cups. She worked her way up, from planning parents’ weekends and setting up functions for opposing teams, to game-day organization. She credits Yeagley with giving her opportunities, and a taste of the sports marketing world.

A U.S. Olympic Committee internship junior year led to a job offer from U.S. Soccer. But in the months before her January 1991 start date, doctors discovered a large lung tumor. It was non-cancerous. Yet while she recovered, the USSF gave her position away.

Fortunately, Thom Meredith -- working in another department at the organization -- offered her what she calls “a much more well-rounded job” managing events. It provided a great foundation – one she now thinks was “better than the original one promised there.”

Under Meredith and Jan Osborne, she built the foundation for her career. She learned about event operations, and growing the sport in the United States. Decades later, she still uses lessons from those days.

Her first World Cup was the inaugural women’s tournament, later that year. As the U.S. team kept winning, their departure date continued to be pushed back. For Thanksgiving, Steele organized a big dinner for the players’ families. The Hamm, Foudy, Lilly families -- and all the others -- were very grateful.

Amber Steele (bottom row, third from right) with the 1994 World Cup team at the Detroit Silverdome.

Three years later, as men’s team liaison -- one of very few women in that type of position, anywhere in the world -- Steele learned from Sunil Gulati “how big the world is, but how small you can make it.” He allowed her to work with FIFA, understand international soccer, and how to adapt to different cultures.

The Columbus Crew’s Jamey Rootes taught Steele how to grow a fan base for a new team – and, she says, “how to be a better employee.”

Steele’s work with ISL and FIFA brought her close to Blatter and Patrick Magyar. “They provided a vision I thought I could never achieve,” she says. “But with their support I grew as a person. And my career went further than I ever thought possible.”

FIFA also taught Steele about sports partnerships. “It isn’t about a company writing a check. It’s about both working together to find common ground, to achieve the goals of both companies. Many rights holders forget that.”

By 2006, Steele was working for Coke. “We’re involved in global events so we can create memorable moments for fans around the world,” she explains. “We want to be there with you when your team scores the winning goal.” The company also promotes its hydrating products, like water and Powerade.

The World Cup that year was in Germany. There -- and in World Cups in South Africa, Brazil and Russia, and other FIFA tournaments in places like Ghana and Nigeria -- Steele has had wonderful experiences. 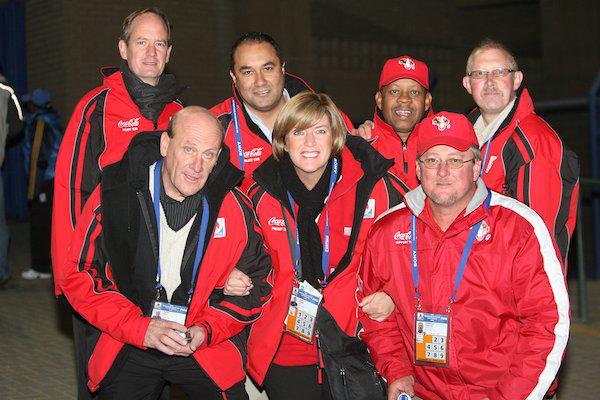 Amber Steele with venue operators at the 2010 World Cup in South Africa.

Coke’s Tom Flaig and others have taught her “the true meaning of a global brand.” She works every day with a variety of nationalities. It’s a complex job, but she relishes impacting consumers around the globe.

When she worked for FIFA, before Coke, she was one of only a few women on Blatter’s leadership team. Later, she worked with the president in the private sector.

Over 30 years, Steele has seen women like Cindy Parlow Cone earn positions of power in American soccer. FIFA has lagged behind. In her entire career, Steele has had only one female boss (Jan Osborne, at U.S. Soccer).

Hiring the “right person” for a job – without considering gender – should be paramount, she notes. For 30 years FIFA, U.S. Soccer, the Columbus Crew and Coca-Cola found the right person in Amber Steele.