MLS: Revs have bigger aspirations than just making the playoffs 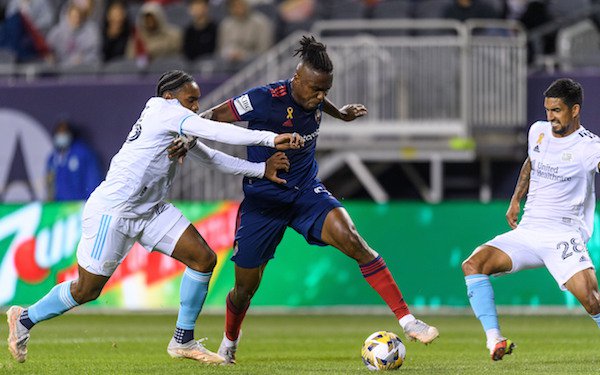 The New England Revolution became the first MLS team to clinch a playoff berth with a 3-2 win at Chicago on Wednesday night.

The Revs twice gave up one-goal leads before Spaniard Carles Gil, the Revs' MLS MVP candidate, won the game in stoppage time. The goal was his third of the season to go along with 16 assists, the most in MLS.

Revs coach Bruce Arena applauded his players and staff for the accomplishments, but he said he is not focused on records like that:


"Obviously, we’re pleased with the effort the team has given and the position we’re in. They are milestones, that’s great. I think we accomplished one of our objectives tonight, we qualified for the playoffs. So that’s official, which is great. Now we want to make sure we get homefield advantage. I think we’re pretty close to that. Then thirdly, we want to be the first seed in the Eastern Conference. So, we’re moving forward. Those are the things we want to achieve."


Teal Bunbury, who scored the second New England goal, was part of the last Revs team to play in MLS Cup when it lost to Arena's LA Galaxy in 2014. He was focused on what they will have to do better to get back to the final.

"Our goal is always to make it into the playoffs, so it happening this soon is great," he said. "We’re excited and we’re happy, but we’re still thinking about things we could’ve done better in tonight’s game in Chicago. Taking the lead and then giving it away a couple times and not being clean enough, I think, on the ball, not winning enough tackles. So, there’s a lot of things we can work on but it’s positive. I mean, making the playoffs is always the goal, but we have bigger aspirations.”
mls
Next story loading