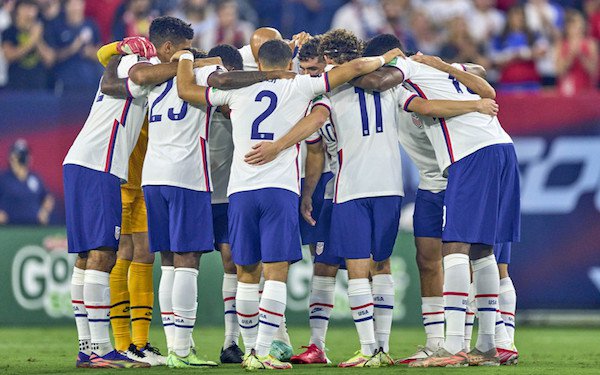 Here's a positional breakdown of all the roster decisions U.S. coach Gregg Berhalter will have to make and how we think he will decide them.

The expanded roster was almost not enough. Injuries (Tim Weah, Gio Reyna and Sergino Dest), Covid-19 (Zack Steffen) and suspension (Weston McKennie) depleted the U.S. roster and forced Berhalter to make some unusual moves (Tyler Adams starting at right back, James Sands in midfield and Josh Sargent on the wing) that almost backfired.

Sean Johnson and Jackson Yueill were added to the roster during the window, bringing to 28 the number of players who were called up.

Should Berhalter call up a bigger roster from the get-go? It's easier in theory, difficult in practice.

The USA has been winning all year with an "all-hands-on-deck" approach but that assumes everyone or almost everyone plays. To add roster spots just to keep players in reserve is a particular problem for European-based players. It serves them no good to come and go without playing if their club situation isn't secure and it does no good to the relationship between the national team and the club.

One factor that will have to considered from here on out: On top of injuries and Covid-19 absences, Berhalter will have to keep in mind yellow-card situations. Five U.S. players were cautioned in the first two games. Fortunately, the USA got out of its 4-1 win over Honduras without adding to its list of players in danger of being suspended for yellow-card accumulation (two in any two games throughout the Octagonal).

Matt Turner, Nations League hero Ethan Horvath and Steffen were the three keepers brought into Nashville. Johnson arrived after Steffen (who missed the trip to El Salvador with back spasms) tested positive with Covid-19. Turner has established himself as the starting keeper with his play in September, while Steffen played his first game for Manchester City this week after returning to England from Covid isolation. Horvath has started just one English Championship game since his move to Nottingham Forest, which escaped the basement when Derby County was penalized 12 points for filing for bankruptcy. Still, it will be easier to keep Horvath as the third keeper and add Johnson on an emergency basis if something happens to Turner or Steffen than vice versa. 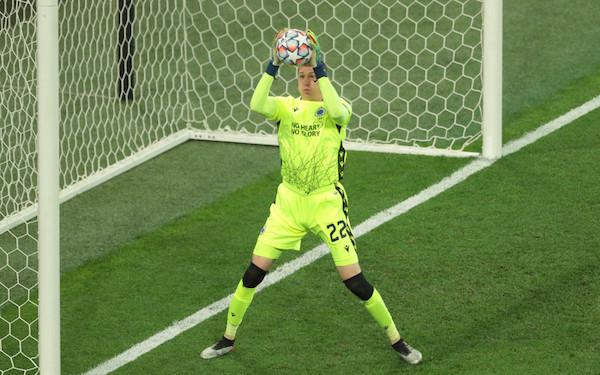 Outside back. Take a third right back as cover? (Yes)

In September, four outside backs and six center backs were picked. Of the 10 defenders, only Walker Zimmerman didn't play or start at least one game. The problem was at right back, where Dest was injured in the Canada game, and DeAndre Yedlin wasn't deemed fit enough to start against Honduras, forcing Berhalter to use Adams against Honduras. Berhalter's options at right back were limited to begin with because Reggie Cannon and Shaq Moore, who shared the right-back role at the Gold Cup, weren't playing. A month later, Moore might finally get his first start for Tenerife against Almeria. Other options available to Berhalter if he wants stick with 10 defenders is call in Chris Richards, who is starting for Hoffenheim and can play right back or center back. Joe Scally is only 18, but he has played every minute of every game since breaking in at Borussia Moenchengladbach. He also offers flexibility, having played on both the right side and left side for Gladbach. The wild card: Julian Araujo, who has not announced his decision about playing for the USA or Mexico. The odd-man out (available for emergency recall): Zimmerman.

Center back. Drop John Brooks? (No)

John Brooks struggled in the 1-1 tie with Canada, losing track of Cyle Larin on the tying goal and struggling with Tajon Buchanan's pace after the Revs winger entered the game. Brooks was the center back taken off at halftime of the Honduras-USA game, not a good look for the so-called leader of the backline but not entirely surprising, given the 2018 World Cup qualifying campaign when he played only four of 16 games. But Brooks' troubles continued when he returned to Wolfsburg, earning a red card in the 0-0 tie at Lille and sitting in the unbeaten Wolves' 1-1 tie with Eintracht Frankfurt. For now, though, it is unlikely to see Brooks out of the U.S. squad.

In explaining his decision to send Weston McKennie home for violating team policies, Berhalter made sure it was clear that McKennie had not earned a permanent ban. “Me and Weston had long conversations and he’s a guy that I care for deeply," Berhalter said. "He’s a big part of the team. And I’m sure when he’s performing well, he'll be back in the team.” That leads to the obvious question, is McKennie performing well enough for Juventus to earn a recall? He didn't get off the bench against AC Milan but started in Juve's 3-2 over Spezia, its first win in five games. He was the lone midfielder who played 90 minutes, but didn't exactly earn praise from Juventus coach Massimiliano Allegri: “There are players who have important qualities and who need to improve. McKennie for example, should have scored at least four goals and those chances make the difference.” McKennie did not play well in the El Salvador game and does not offer solutions to some of the creation issues the USA has in midfield, but Berhalter is unlikely to keep him out of the team. The midfield isn't that deep. 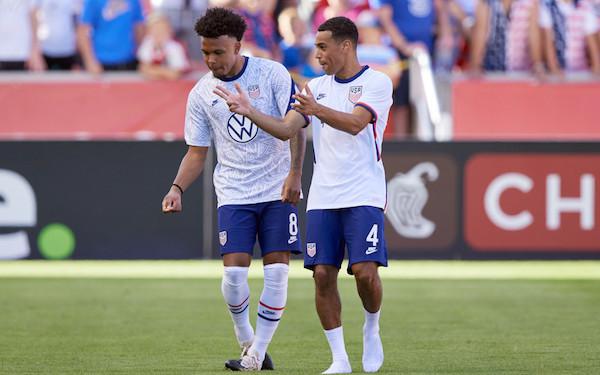 The U.S. situation in the winger corps deteriorated in September. Weah was injured two days before his scheduled arrival in Nashville, Reyna was injured in the El Salvador game and Christian Pulisic went off with an ankle injury in the second half of the Honduras games. Reyna and Pulisic haven't played since. Of the two, Pulisic will likely be ready for the October qualifiers. Though not yet at the level he was playing at in August, Weah's return should give the USA four wingers: Brenden Aaronson (the USMNT's best player for club and country in September), Konrad de la Fuente (still playing regularly for Marseille but not with the same effectiveness), Pulisic and Weah. After the Honduras game, Berhalter said he wished he could have called in Matthew Hoppe, but the 20-year-old Californian was in the process of completing his transfer to Real Mallorca. Hoppe made his first LaLiga start on Wednesday in Real Mallorca's 6-1 loss at Real Madrid, fading in the second half. With Reyna likely unavailable, you'd expect Berhalter to call up Hoppe and keep Paul Arriola (also unavailable in September) in reserve. 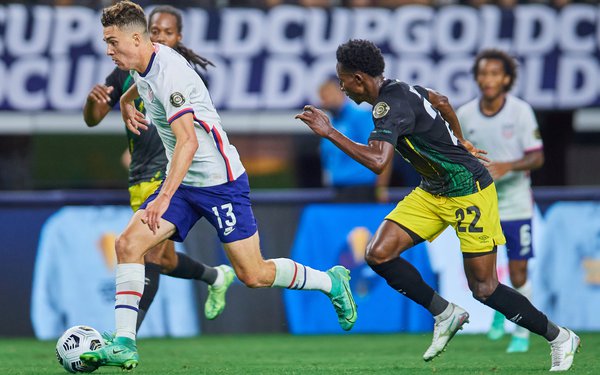 It took all of one game for 18-year-old Ricardo Pepi, the hero of the 4-1 win over Honduras, to be anointed as the No. 1 striker. The position has been up for grabs all summer: Josh Sargent and Jordan Pefok played for the USA in the Nations League and Gyasi Zardes and Daryl Dike split time at the Gold Cup. Josh Sargent and Jordan Pefok each got starts in September, but neither was particularly effective. (Sargent also exited after a miserable first half on the right wing against Honduras.) If Berhalter again takes three strikers, his likely picks will be Pepi, Pefok and Zardes, back in action with the Columbus Crew. (Hoppe is also an option up front.)