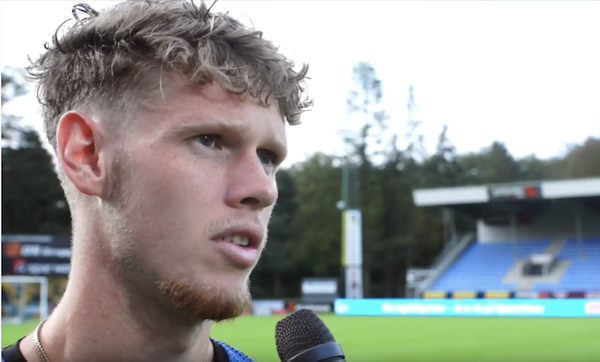 Christian Cappis scored two first-half goals and added a late assist for Brondby in its 8-1 win at fifth-tier Allerod in the round of 32 in the DBU Pokalen, the Danish cup competition.

The start was the third of the season for Cappis, who has played nine games for Brondby since arriving from second-tier Hobro. He has scored one Superliga goal for Brondby.

Brondby won the 2020-21 Danish league title but sits in 10th place (out of 12 teams) after nine games this season.

Its focus was on qualifying for the UEFA Champions League. It fell in the final round of the playoffs, losing to Austrian champion Red Bull Salzburg, 4-2, on aggregate. Another American, Brenden Aaronson, scored in both legs for Salzburg.

Cappis came on as a sub in Brondby's 0-0 tie with Sparta Prague, its opening game in the Europa League.

The Texan is in his fourth season in Denmark. He starred for the Houston Texans and played for FC Dallas academy before turning pro with Hobro, then in the Superliga, in 2018.