MLS: Sounders are back on top in Western Conference 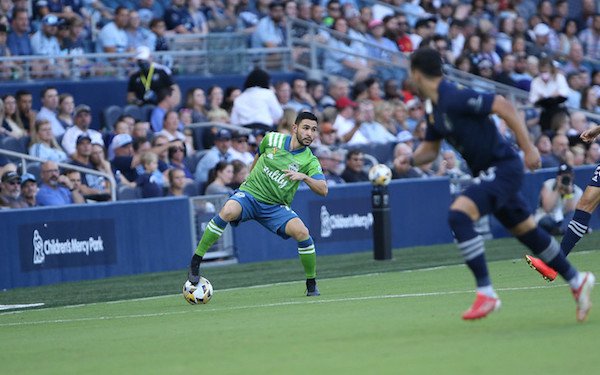 The Seattle Sounders moved back into first place in MLS's Western Conference with a 2-1 win in their top-of-the-table clash at Sporting KC.

The match came four days after Seattle lost to Leon, 3-1, in the Leagues Cup final in Las Vegas.

Cristian Roldan, who scored the lone Seattle goal against Leon, gave the Sounders the lead in the 31st minute. Will Bruin made it 2-0 in the 55th minute. On both goals, the Sounders capitalized on SKC turnovers.

With everyone but Jordan Morris and Nicolas Lodeiro now off the injury list, Seattle was able to juggle its lineup and still come out with the victory. Bruin was one of four lineup changes from the Leon match along with Brad Smith and Josh Atencio, who were both credited with assists on his goal, and Nouhou, who was making just his third start after his return from a three-month injury layoff.

Roldan said the Sounders embraced the challenge of coming back after the loss in Vegas and showed their resolve with a strong first half:

"It was a huge win. Obviously with the circumstances with Sporting being at the top with us, we felt like it was like a must-win — a six-point game if we wanted to win the Western Conference. We still think there's a lot of room to go up and down in the standings but if we want to achieve what we want to achieve, and that's get first in the Western Conference, we needed to win that game."