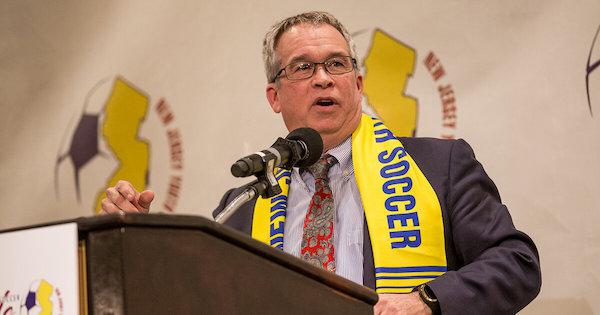 Glenn Crooks is a TV/radio broadcaster, journalist, podcaster and coach. After studying communications at the University of Georgia, he started women’s soccer programs at St. Peter’s University and LIU Brooklyn, before taking the helm at Rutgers University, where he coached Carli Lloyd in the early 2000s. These days, he coaches at prestigious New Jersey club PDA and does the radio commentary for NYCFC, and hosts "The Coaching Academy" on SiriusXM FC Channel 157 and the podcast On Frame, a collaboration with Pro Soccer USA. In 2018, Crooks was inducted into the New Jersey Youth Soccer Hall of Fame.

GLENN CROOKS: When I was growing up in Basking Ridge, New Jersey, my friend's dad, Bob Reichenbach, started Somerset Hill Soccer Club. At first, it was just a team of 13 boys. Eventually he became president of the New Jersey Youth Soccer Association.

My clearest recollection of going to a pro game was when he drove a carload of us to a place called the Felt Forum, which was where Madison Square Garden is today. They showed closed-circuit events — the only way you could really watch international soccer was via closed circuit. I think it was the 1974 FA Cup final, and we drove there to watch this huge screen with the British announcer and you get the sound of the ball being struck and the crowd at Wembley.

I just remember the passion, and how these guys operated in the air, the heading game was unbelievable. To me, it moved so fast — at that moment I became pretty enamored with the sport. The hardest thing was that in those years seeing the game at a high level was very difficult.

SA: What made you want to get into coaching and broadcasting?

GLENN CROOKS: I went to the University of Georgia, which to this day does not have a varsity men's team because of Title IX. I was like a rockstar down there, because no one knew what was going on with the sport, it was kinda foreign to a number of my classmates. I organized pickup games and stayed involved that way.

After school, I got a job as the full-time sports director of WDHA [a radio station out of Dover, New Jersey] and I did that for eight years. I got to decide what to cover, and there was very little soccer, but get this: I grew up going to Cosmos games at Giants stadium in the '70s, and after I graduate, I get this sports director job, and now I'm going to Cosmos games and sticking a microphone under Giorgio Chinaglia. So now things are starting to cook.

I started coaching at the club level when someone asked me if I could help out with a team. And that's what really started it; I did that, and then for my high school, Ridge High out of Basking Ridge, I inaugurated the women's program in 1983. I didn't know a lot about what I was doing but that's when I started getting my badges and taking it really seriously. I did that for 10 years.


SA: You coached Carli Lloyd for four years at Rutgers. What was your first impression of her? What about the first time you saw her play in person?

But the best player on either side was a guest player that Charlie brought in called Carli Lloyd. I think she was a sophomore in high school at the time. So when the game ended I went up to Charlie and went, 'Who is this player?' and he goes, 'That's Carli Lloyd. You haven't heard of Carli?' And I'm the Rutgers coach at the time.

Back then, my recruitment classes didn't make a commitment until the fall of their senior year. From that point on, I kept a close watch of her. So we did the home visit and I think what sold Carli more than anything is that she loved the Jersey part of it, you know. She also loved that we had just restarted the program in 2000. Her freshman year was 2001.

It was a big moment for the program, because partly she wanted to put Rutgers on the map. But it wasn't like she was in the national pool at the time. 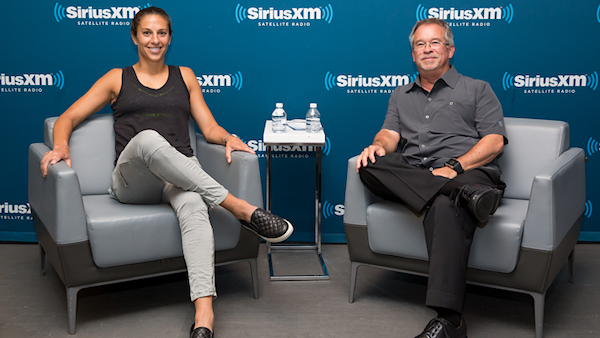 SA: Did you expect her to be that good her freshman year? She was named to Soccer America’s All-Freshman team after starting every game and scoring 15 goals. ...

GLENN CROOKS: Look, she had big-time athletic ability. You watch what she could do in the air and you could see how she struck the ball. It didn't take too long during the preseason to understand what we had.

Her very first match, ironically, was at my alma mater, UGA. She scored the opening goal, from about 30 yards, it was an absolute laser. That was the introduction of Carli Lloyd to the college game. 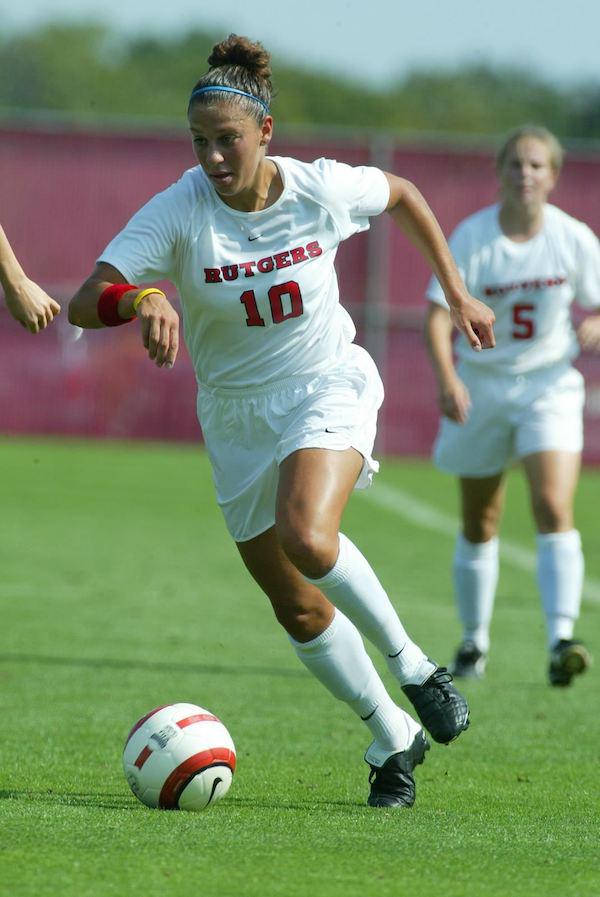 SA: New Jersey is known in the USA as a longtime hotbed for soccer. As a 2018 inductee to the New Jersey Youth Soccer Hall of Fame, can you give some insight into Jersey soccer?

GLENN CROOKS: I always tell everybody, it's the six degrees of Jersey. If you give me a name or any aspect of the game, I will bring it back to New Jersey at some point. Let's face it: there are many Scottish, Irish and Italian immigrants. And these were soccer people. Scottish immigration goes back to the late 1800s to that area, so that pocket of the country is where a lot of things were emerging from a soccer standpoint and it had to do with immigrants.

What stands out to me from the documentary, SoccerTown USA, is that these boys would go out every day, and play pickup. And it was a competitive pickup game. Because if you're on this little court you're playing 5 vs. 5, and you lose, because it's winner stays and there's 25 people waiting to play, you might not play another game for a while.

You can imagine the competitive nature of those pickup games. And I think that's reflective of the state — there's a certain bite.

Look at Heather O'Reilly, look at Carli Lloyd, look at Tobin Heath. They have a mentality that I think differs from people who have grown up in other parts of our country. It's not like any one of those three came from poverty, but there is something about Jersey. 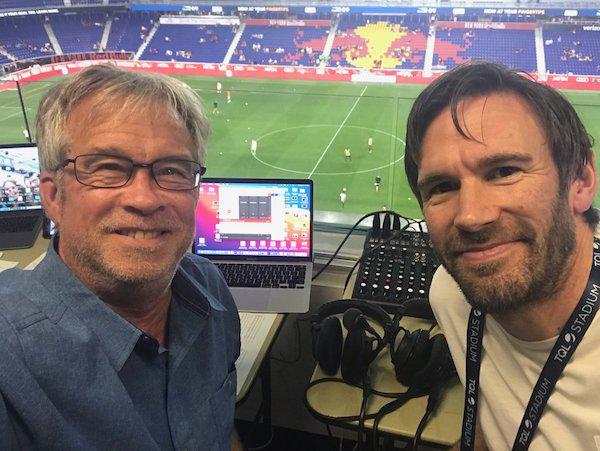 Glenn Crooks in the NYCFC Network booth with Matt Lawrence for MLS coverage.

SA: You’ve done radio for NYCFC since their inaugural season in 2015. What are some big differences between then and now over how NYCFC and MLS as a whole has been covered by the media and received by the general public?

GLENN CROOKS: The biggest change is the emphasis or de-emphasis on marquee players, like David Villa, Andrea Pirlo or Frank Lampard. I'll have discussions with my colleagues sometimes where some feel that New York City, in order for them to be successful at the gate, they've gotta have a big name in the program. The philosophy now, though, has moved from the expensive player as the DP to the young DPs and the South Americans. There is a South American flair that I see today that I did not notice then.

The level of media coverage? Boy. In the New York area, it's decreased rather than increased. Is it because there's not a Villa, Lampard or Pirlo? That's possible. I think part of it also is that the New York Daily News and the New York Post have both cut back their staff in a dramatic fashion. There is a kid from the Post's digital section who covers the games sometimes, but not in an official position. So no one comes from those publications, or from the New York Times for that matter, to the games or anything media related. So because of that, when you go on a media conference call with a coach or a player, it's mostly bloggers — no one's full-time gig.

Most of them sit in the stands during the games; they're supporters who have season tickets! But for a team that plays in the Bronx in the heart of New York City and is doing pretty well, the coverage should be better.

SA: As a longtime youth coach, would you like to comment on the recent changes in the top level of youth soccer post-Development Academy? I’m thinking MLS Next, Girls Academy, and ECNL.

GLENN CROOKS: I really admire and respect the people that are following all the things you just said. MLS Next's Fred Lipka, I think, has the right idea; sometimes he's in a difficult position. Sometimes he's not able to do exactly what he wants. But he's done a very good job creating something off the heels of the DA that has a chance to really benefit the community. I think Lesle Gallimore is a fantastic person and organizer with what she's doing with the Girls Academy since its launch. Christian Lavers and Jason Kutney at ECNL are exceptional; they're great people, they're highly intelligent both in a business sense and a soccer sense.

Where they started and where they've taken their programs has really been vital to the soccer landscape and in particular coaching education. I know Fred Lipka brought on the FFF [French soccer federation] with the elite formation classes, which a lot of USL and MLS academy coaches have done since he brought it over in 2015. It's a teaching method and I know a lot of coaches have benefitted from that.

I think each one of these areas of competition has their place, and I just hope everyone can survive peacefully on the landscape. But with those four individuals I mentioned, I like them all, and I really think they're good for the game.

GLENN CROOKS: I don't like it. I don't like it. There are two sides to it. I am a proponent of athletes doing multiple activities. Representing your high school and playing for your club are two different activities. But I like multiple sports, because I just think athletically it benefits you. There's different movements in different sports, so you become a more complete athlete. I don't think you need to do something 12 months a year to become elite at it. I just don't.

And I think from a mental health perspective, I think it's far healthier to be involved in multiple activities rather than one team and one sport.

It's the unstructured activity that I think everyone who coaches the game at whatever level, but especially the highest level, needs to consider as part of their curriculum. I remember a story that someone told me about a club where there was a coach who, one day a week, would just let his players play. And that was the deal — no coaching structure. What happened is that the parents who are paying all this money are upset that their players aren’t being coached. So this is our mentality. But it's up to clubs and directors to overcome that by providing unstructured time for their players.