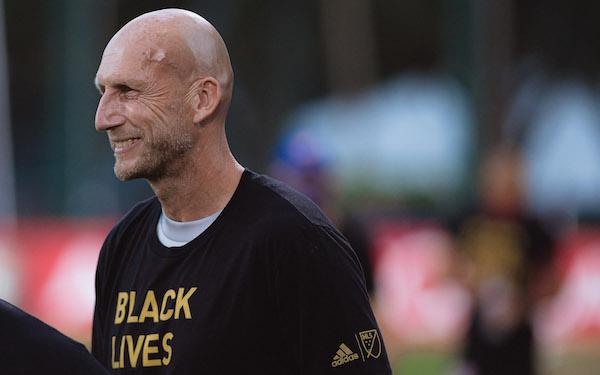 The move was no surprise.

Stam took over during the Covid-19 shutdown, and FC Cincinnati finished last in the overall MLS standings. In the offseason, FC Cincinnati spent heavily on new players -- including Brazilian forward Brenner and Argentine Luciano Acosta -- ahead of its move into its new West End stadium, TQL Stadium.

When wins did not follow, the first casualty was Dutch general manager Gerard Nijkamp, who left after two years with FC Cincinnati.

Stam, who won league or cup titles as a player with PSV, Ajax, Manchester United, AC Milan and Lazio, was fired two days after a 4-2 loss at D.C. United left FC Cincinnati with a 4-13-8 record and 20 points, 17 below the playoff line with nine games to play. Only Toronto FC with 19 points has fewer points in the 27-team league.

"During our nearly two-month process to identify the next general manager for FC Cincinnati, it was apparent that a head coach change was necessary," FC Cincinnati president Jeff Berding said in a statement. "Therefore, after a great deal of deliberation, the club has made the decision to now move to the future with Jaap no longer serving as head coach." 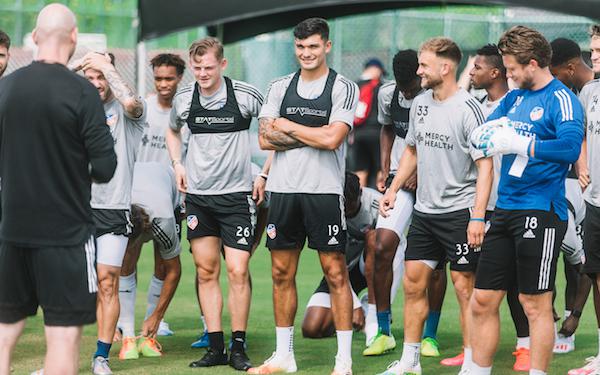 Berding said the new general manager will lead the search for a new head coach. Much of FC Cincinnati's problems stem from roster moves ahead pf its MLS launch after three seasons in the USL. Berding held the title of general manager before Nijkamp's hiring but had no background in soccer. He previously worked for the NFL Bengals and served on the Cincinnati city council for six years.

Tyrone Marshall, who joined FC Cincinnati academy's coaching staff in February 2021 from Real Salt Lake, will serve as interim coach. FC Cincinnati fired assistant coaches Said Bakkati, who come with Stam from the  in 2020, and Yoann Damet, who served as interim coach after Koch and Jans were dismissed.

Marshall, who won two MLS titles as a player with the LA Galaxy, spent six seasons at RSL. Berding said he was hired with plans to be coach of its teams in the new MLS third division in 2022:

"He has shown his coaching ability and leadership qualities, and he is the right person to inject new energy into the locker room and help our squad finish 2021 strong with an eye to the future."