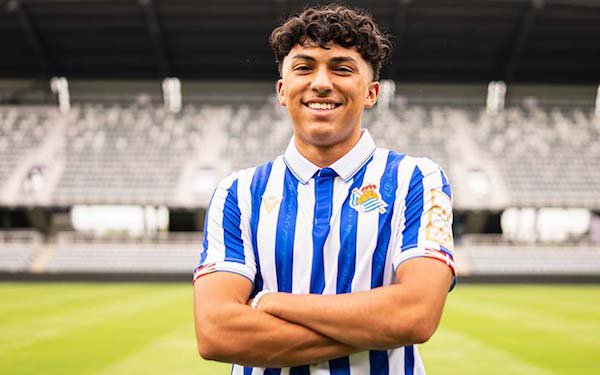 LaLiga's Real Sociedad has reached an agreement with USL Championship powerhouse Louisville City for the transfer of 18-year-old left back Jonathan Gomez in January.

Gomez, who signed a contract until the end of the 2024-25 Spanish season, grew up in the FC Dallas academy system but signed his first pro contract with Louisville City.

Gomez started out in the U.S. youth national team program but has played for Mexican youth teams more recently. He is eligible to play in the 2023 U-20 World Cup.

His older brother, Johan, left the FC Dallas system to sign with Porto B in the Portuguese second tier. He moved this season to  FSV Zwickau in Germany's 3. Liga.