Weekend Focus: An American success in Venice, Gianluca Busio homes in on his optimal position 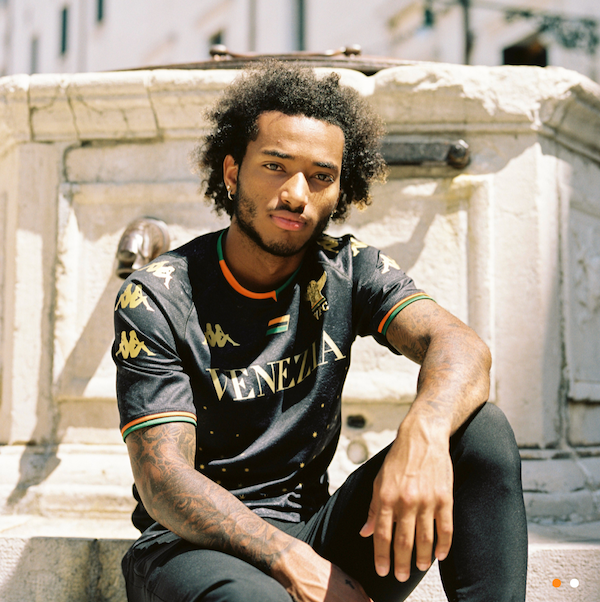 The U.S. men’s national team will assemble next week in Texas ahead of three important World Cup qualifiers against Jamaica, Panama, and Costa Rica. Coach Gregg Berhalter earlier this week named his roster and included on it was Gianluca Busio, the former Sporting Kansas City teenage standout who recently completed his move to Venezia in Serie A. On Friday, he scored his first Serie A goal in stoppage time to give Venezia a 1-1 draw with Cagliari.

At the time when he moved, there were a lot of questions about how he would hold up in Italy’s top tier. Busio’s talent hasn’t been in doubt but there were question marks about positioning. Since making his debut with Sporting KC at the age of 16 (when, at the time, he was the third youngest player to ever start a game in league history -- behind only Freddy Adu and Alphonso Davies), Busio spent his time in a variety of positions. Initially it was in attacking roles either at the No. 10 position or out on the wing.

But in 2020 and then into 2021, Sporting head coach Peter Vermes began to shift Busio further back in the midfield. This allowed Busio to use his passing range and vision to create from deeper positions.

For the first half of 2021, Busio showed a lot of promise at this position. He was on the ball a lot, sometimes earning over 90 or 100 touches a game. The young Greenville, North Carolina, native was having a positive influence on the outcomes of games and Sporting Kansas City continued to be among the league’s best teams in this role.

As he progressed earlier this year, the big question surrounding Busio and his potential at the high levels then centered around his defense. He was extremely impressive with the ball at his feet, but how could he play the position at the international level, or at the level of the “Big 5” leagues of Europe?

As Busio, 19, surged heading into the midsummer, he acknowledged this was an issue.

“It definitely that's one of the things I'm still learning,” Busio said in June on his defense. “I'm not a big guy. I am not the strongest guy. With the No. 6, you're going have to stop their No. 10 a lot of times and stop their counterattacks. … I just want to be there and I want to try to cause disruption. I want to stop the ball. I wasn't raised a defender and I know as an attacker it's not fun to have a pest on you.

Even though I'm not going to be able to maybe win the ball all the time, [there is value in] just being there and trying to make them make a mistake or make them go backwards and eventually sometimes win ball. The stronger I get and the bigger I get and quicker, probably easier it will be for me to win the ball and win more tackles. Just being there is a start. And from there on, I'll try to build on trying to be more of a destroyer.”

His first test was given at the Gold Cup when Berhalter named Busio to the roster. With transfer rumors flying, Busio was one of the most anticipated players on the roster. Early returns were mixed. Busio was passing well, but his physicality was an issue and in some cases it warranted Berhalter to make a change.

In the semifinal win over Qatar, Busio was taken out in the 63rd minute for Cristian Roldan who ended up helping the U.S. team gain control of the game as the team would go on and find a late winner. In the final over Mexico, Berhalter elected to start Eryk Williamson in Busio’s role – although Busio would come in late and then play all of overtime as the U.S. team won a 1-0 thriller.

Following the Gold Cup, an accomplishment and a learning experience for Busio, he would return to Kansas City only to gather his belongings. He would not play again for the club as his transfer to Venezia was secured.

The Gold Cup failed to resolve the issue of Busio’s positioning and best use on the field. A move to Venezia only enhanced that question. Earlier in the summer, Venezia secured promotion to Serie A and many pundits in Italy were predicting a quick return to Serie B as there were doubts over its ability to compete in a demanding Serie A as the gap between Serie B and Serie A is substantial.

There is an Italian name for the position Busio had played in Kansas City, it is called the “regista,” and the most famous example is Andrea Pirlo. That role, however, becomes more difficult to play on teams like Venezia, that are frequently on the backfoot and out-possessed.

Once Busio’s paperwork cleared and he was allowed to play, he began starting immediately. The first returns were not great. His first game was a 3-0 loss to Udinese and while he showed some moments of quality, he also committed a mistake that led to a Udinese goal.

Berhalter did not name Busio to U.S. roster for September and instead allowed him to remain in Italy and continue to adjust. The learning lessons were hard, but successful. Busio started a friendly that window for Venezia and the club was resoundingly beaten 4-0 by Brescia of Serie B.

Whatever the lessons were from Udinese and Brescia game, Venezia learned them well. Since then, the club has been much harder to play against. In the next Serie A game, Venezia traveled to Empoli and won 2-1. It lost the subsequent game at home to Spezia 2-1 but only on a late goal. Busio ended up assisting on Venezia’s only goal. After a tough 2-0 loss to AC Milan, Venezia returned home and played Torino to a 1-1 draw.

Then on Friday, Busio had his best game for the club when he scored a late equalizer for Venezia in a 1-1 draw at Cagliari.

Busio! The former SKC and #USMNT midfielder gets the equalizer for Venezia. His first Serie A goal pic.twitter.com/LHrOUfpEZ5

Venezia still has just five points from seven games, and it will still be an uphill battle this season to survive in Serie A. But the improvement lately is noticeable – from both the club and Busio. The club now looks to at least be a tough foe and not on the receiving end of lopsided losses.

As for Busio, he’s been making positive statements in terms of answering the lingering questions. His defense and ball-winning are better than expected. In his six games, he’s won over 50% of his duels in four games. He’s not really playing a “regista” role at the moment and is more traditional central midfielder. With the exception of his 98 touches in the loss to Udinese in his club debut, he’s is generally only touching the ball around 45-55 times a game. That changed on Friday when he had 74 touches, including the goal, against Caglirai.

That’s all positive as he adjusts to roles and positions to fit the team’s current needs. His versatility has always been a hallmark of his game and it’s been helpful at the start of Italian-era of his career.

"I love what he's been doing," Berhalter said. "He's really been adapting well. You can see he's a super smart player. I think I commented that in the Gold Cup that he plays like an older player. That's what I am seeing in Serie A as well. He doesn't look fazed .… You can see he's already really important to the team. For us, we see him being able to perform. We won't hesitate to put him in. We know we need rotations. We know we need people who can start the game and also make an impact coming off the bench. We think he's going to be a contributor coming into this camp."

With a great half season for Sporting, a Gold Cup triumph, and now seven Serie A games under his belt and a goal, Busio has demonstrated his ability to adjust and be effective. Now, Busio is set for his first taste of World Cup qualifying. He’s earned the elevated expectations.