Defending champion Argentina fell, 2-1, to Portugal in the FIFA Futsal World Cup final in Lithuania. Pany scored twice for Portugal, in the 15th and 28th minutes, before Angel Claudino  struck  for Argentina, whose Cristian Borruto was red-carded in the 13th minute. 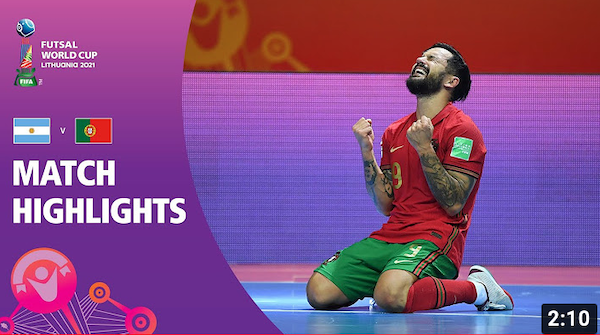 With the victory, Portugal became the fourth nation to win one of the nine Futsal World Cups since five-time winner Brazil won the inaugural tournament in 1989. Spain has won twice and Argentina once.
futsal, video
Next story loading