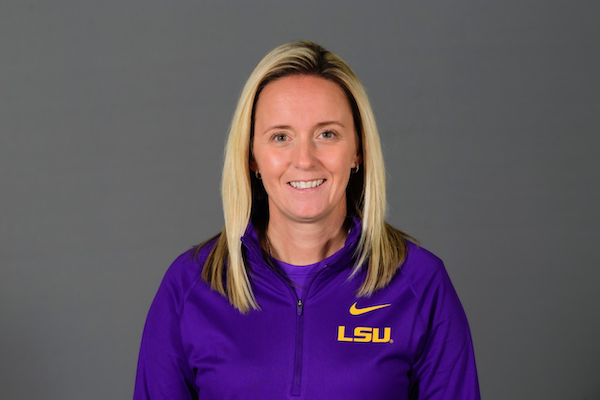 Sian Hudson has a knack for being in places where there’s not much of a female soccer scene.

And then helping it blast off.

Growing up in Wales, she played on boys teams until she was 12. On that birthday – in midseason – she was no longer allowed to compete. Hudson begged her mother to start a girls team. It grew from five-a-side, to drawing players from two hours away.

Hudson worked her way to the top. At 16 she was the youngest player on the Welsh national team. She had offers from top English clubs, but remained in Wales to attend Cardiff Metropolitan University. But she’d spent summers working in the U.S. as a Challenger Sports coach, and from the moment she landed in Atlanta she loved American culture and lifestyle. It was the day of the 1999 Women’s World Cup final. Hudson walked into her hotel lobby, filled with people mesmerized by the penalty kick shootout in a jam-packed Rose Bowl. “I knew I’d come back to the States, where women’s soccer was at such a high level,” she says.

The day after college graduation, she returned. She coached first in California, then in Colorado. Serving as head coach of the Colorado Springs-based Pride Soccer Club’s W League side she built a culture, set a strategic plan and raised over $100,000 from sponsors. At the Pride Predator youth level, Hudson implemented a college placement program.

“I loved working with kids – being a role model and mentor, seeing their passion,” Hudson says.

After 13 years with the Pride she became assistant coach with the NCAA Division I Colorado College team, while earning a master’s degree in sports coaching at the University of Denver. In 2017 Hudson was hired as head coach at Division II University of Colorado-Colorado Springs. She took a program that was 3-12-1 in 2016 to the final four the next season, beating national powerhouses Colorado School of Mines and UC San Diego. 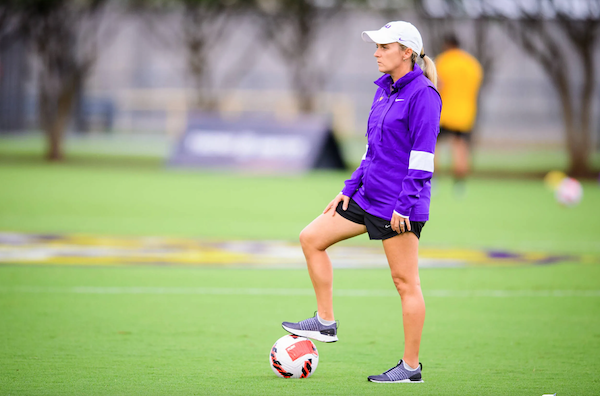 Despite her success, Hudson faced obstacles as a female coach. At a final four coaches’ dinner, the coach of another team introduced himself to Hudson’s one male assistant – but not to her, or the other women on the staff. “He didn’t even research who he was coaching against,” she marvels.

Hudson faces another obstacle: She is an college coach from overseas, who had not played soccer here. She did not make connections other coaches had.

Yet she had one important ally: Becky Burleigh. When Louisiana State University was searching for a new coach, the founder of the storied University of Florida program recommended Hudson.

“I’m big on growth opportunities. I listened,” Hudson recalls. When she and her family were brought to the campus, she sensed the same type of passion for sports that she knew from Old Trafford, her favorite team’s home.

There were huge crowds for Tiger football. But thousands of spectators showed up for a gymnastics meet too. Women’s soccer, though: not so much.

Hudson set about to raise the program’s profile. She set goals and outlined ideas, including player involvement through youth clinics and the like. “Baton Rouge is a great place. All we had to do is give them a team to follow.”

Just three months after she arrived, COVID struck. The campus emptied. She had no recruits, and could not travel. It was a trying time for all coaches – especially so for a new one, in her first Division I job. 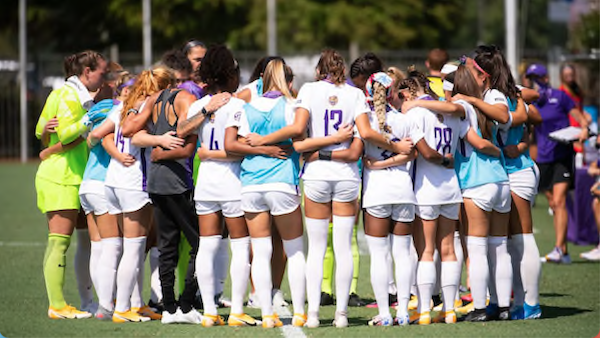 Last fall was challenging too. The Tigers did not win an SEC regular season game. But they had a very solid run in the league’s postseason tournament, then followed with a successful spring that included wins over Baylor, Texas Tech and – in Burleigh’s last season – Florida.

“It takes a while for players to understand new systems, standards and expectations,” Hudson notes. “We changed our style, to build out of the back. Confidence was high this fall.”

The Tigers rode that to an 11-game winning streak – the longest in the country – and a No. 5 national ranking. That came to an end with losses to Mississippi and (in overtime) Georgia. On Friday night, LSU fell to Alabama, in Tuscaloosa.

The team returned to Baton Rouge, knowing they’re putting LSU soccer on the map. For Sian Hudson, it’s one more stop on a journey that began long ago, on a boys team in Wales.