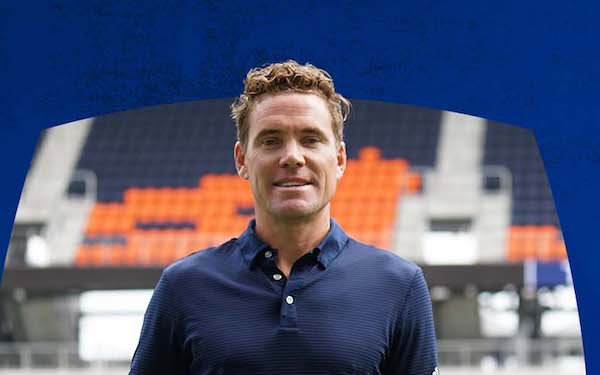 Albright has been the technical director at the Philadelphia Union since his retirement after the 2013 MLS season.

He starred at the University of Virginia before signing with D.C. United as part of MLS's Project-40 program. He won an MLS title in his first season with United in 1999 and later won MLS Cups with the LA Galaxy in 2002 and in 2005 when he was an MLS Best XI pick.

Since he moved into his position as technical director, the Union has won the Supporters’ Shield (2020), finished second in the U.S. Open Cup three times and made four playoff appearances.

“Our new GM was going to be someone who knew what was required to win in Major League Soccer, experience that was non-negotiable," FC Cincinnati president Jeff Berding. "Delivering on that requirement, we are delighted to have found the best person for the job.”

Berding was FC Cincinnati's first general manager, and it has struggled badly since its move from the USL Championship at the 2018 season.

In early August, FC Cincinnati parted ways with Dutch general manager Gerard Nijkamp after two years with the club. After finishing last in the MLS overall standings in 2019 and 2020, its first two seasons in the league, FC Cincinnati went out and spent heavily on new players -- including Brazilian forward Brenner and Argentine Luciano Acosta -- ahead of its move into its new West End stadium, TQL Stadium. But it is again last in the overall standings with a record of 4-18-5.

Berding's background is in the NFL, where he was an executive with the Cincinnati Bengals for 19 years. He was general manager and Luke Sassano was technical director at FC Cincinnati before Nijkamp was brought in as general manager to run the soccer operations midway through the 2019 season.

Albright's hire comes a week after Dutchman Jaap Stam became the third FC Cincinnati head coach to be fired in three years. Albright's first task will be to hire a new coach.