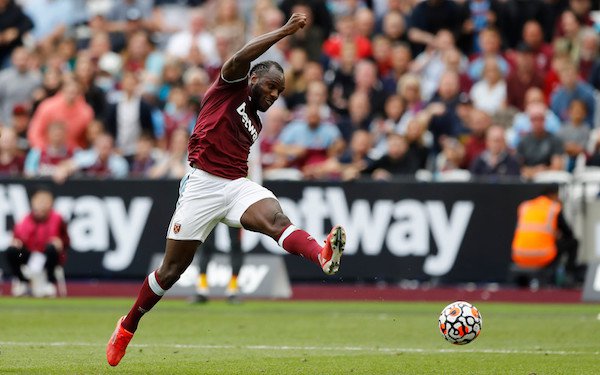 Jamaica's move to load up on English stars with Jamaican backgrounds suffered a blow when West Ham United star Michail Antonio pulled out of the October’s World Cup 2022 qualifiers.

Antonio -- the Premier League player of the month for August -- was supposed to arrive in Austin on Tuesday ahead of Thursday's USA-Jamaica game at Q2 Stadium, but he issued a statement that he would remain in England:

“I can confirm that, unfortunately, I will not be joining up with the Jamaica national squad for the World Cup qualifying matches this week.  Myself, West Ham United, and Jamaica have all agreed that, given the logistical and travel difficulties involved at present, it is better for me to remain with the club in London at this time. I remain fully committed to Jamaica and look forward to representing my country in the future.”

Antonio's only game for Jamaica was a 70-minute appearance in the 3-0 loss at home to Panama. English-based players were unable to travel to Jamaica's two away games -- 2-1 loss to Mexico and 1-1 tie with Costa Rica -- because of the British government's travel restrictions to countries on its red list.

Jamaica will also be without Aston Villa star Leon Bailey, who was injured following a breakout performance against Everton on Sept. 18.

Forwards Andre Gray (Queens Park Rangers) and Jamal Lowe (Bournemouth) are back in the Jamaica team after missing the September qualifiers following club moves late in the summer transfer window. In all, seven Jamaican internationals in the October squad play in the English Championship and all have eight or fewer caps. All but one of the seven was born in England.

Nine starters from Jamaica's team that lost to the USA, 1-0, in the Gold Cup quarterfinals are slated to face the USA on Thursday.