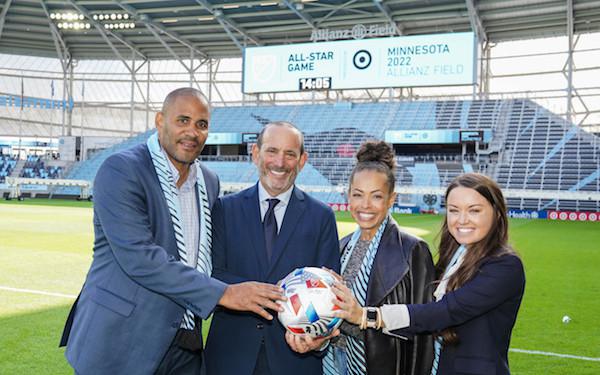 Major League Soccer will play its 2022 MLS All-Star Game at Allianz Field, the home of Minnesota United in St. Paul.

"The big events, they're just not awarded," MLS commissioner Don Garber told the Minneapolis Star-Tribune. "They're earned. We have lots of teams. This is a perfect place to celebrate our league and everything we're about in a market with a stadium and a fan base that represents everything that's great about Major League Soccer."

Of the nine soccer-specific stadiums that MLS clubs have opened since 2015, the 19,600-seat Allianz Field is the fourth to get the All-Star Game at San Jose's PayPal Stadium (2016), Orlando's Exploria Stadium (2019) and LAFC's Banc of California Stadium (2021). The Twin Cities stadium opened in 2019, the Loons' third season.

The All-Star Game will be played on Aug. 10. The opponent for the summer showcase event has not yet been announced.