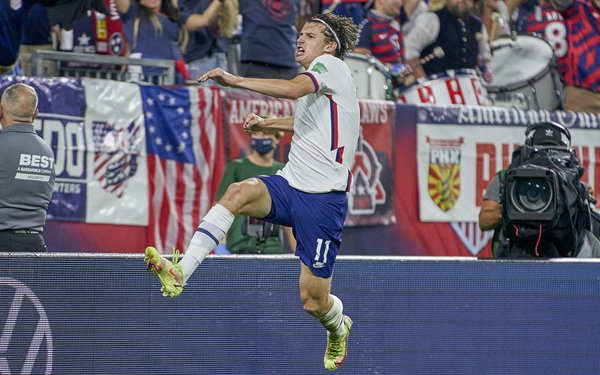 The USA's record-setting run in the summer -- 10 straight wins in competitive matches, 15 straight wins against Concacaf foes -- belied the trouble it often had breaking down opponents.

One of the two wins in the Concacaf Nations League and five of the six wins in the Gold Cup were by scores of 1-0. All five wins in the knockout stage came on goals very late in regulation or overtime. Creating chances late in games when play began to open up wasn't a problem. A concerted approach that put the visiting team in trouble for the first hour was.

The troubles the USA has had scoring came to a head in the September window of World Cup 2022 qualifying. Five points from three wins weren't a bad haul, but the USA was saved when it blew Honduras out in the second half of their match in San Pedro Sula with four goals for a 4-1 comeback win.

There are two ways to look at what happened in the second half on Sept. 8. The Catrachos collapsed on their own. Or the USA set them up for the fall.

Asked on Wednesday afternoon about how different it is to prepare to play a team in the first game of the window or a team that might be exhausted in the third game, U.S. coach Gregg Berhalter wanted to clarify how he viewed what happened in Honduras:

"I think part of the exhaustion was just us wearing them down and I don't think it's just a product of them being tired. It was part of the strategy to absorb a little. We knew they're going to spend a lot of energy on counterattacks. So we knew that would have a cumulative effect on them."

However you look at it, the USA could have driven a tank through the Honduran backline in the last hour of their match. Antonee Robinson could play another 15 years and might never again look like he was Roberto Carlos at left back.

The game that was the most concerning was the 1-1 tie against Canada, which presented the template of how to stymie the USA on its own turf with nine defenders sitting in a low, compact block and tempting the USA to break them down.

"There’s three ways to break down an opponent," Berhalter said when the roster for the October window was announced. "You can go around them, you can go through them or you can go behind them. And more often than not in this game, we were trying to go around them, around the sides, and the ball circulation was way too slow. They could just shift and prevent that. What we needed to do was either go behind them … or go between them."

Berhalter said the problems also existed in the opening 0-0 tie at El Salvador, where the USA took a tentative approach:

"There's moments in the El Salvador game we get the ball and there's a ton of space behind the back and we want to pass it to an open player so he can dribble instead of playing behind the line so now that now the opponents in a ton of trouble. We didn't do that well enough."

How will things be different in October, especially with the two best attacking players, Christian Pulisic and Gio Reyna, and best passing defender, John Brooks, sidelined with injuries?

Winger Paul Arriola, who is back in the team after being sidelined in September with a hamstring injury, said Berhalter has always emphasized getting the wingers get in behind.

"For us," Arriola said, "it’s extremely important to find our attacking midfielders in pockets, to be able to turn and look forward and then be able to play wingers in behind.”

Miles Robinson, who played every minute in September, looked at the issue of verticality a little differently from his position as center back.

"The training sessions have focused in on trying to play more through the opponent rather than around them," he said on Wednesday, "and I think with the few sessions we've had, we've done a good job in that, and also it's just about defensively trying to keep them pinned in their defensive half."

Two players who have been doing well in Europe in recent weeks have been Brenden Aaronson at Red Bull Salzburg and Tim Weah, who returned to action at French champion Lille after missing the September window with a thigh injury. 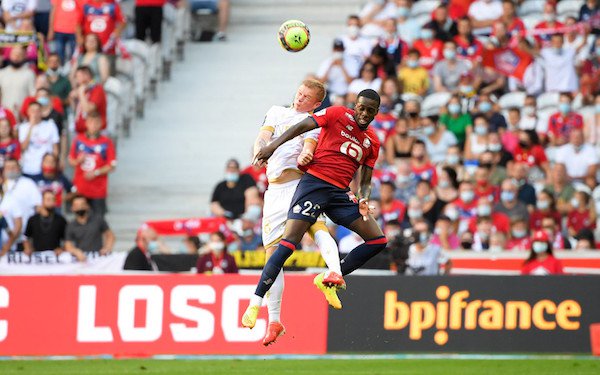 "They both faced off in the Champions League game last week," Berhalter said, "and it is great to see them playing against each other, and they are both been having good seasons."

Neither has been playing regularly as a starting winger, though.

Aaronson is playing in the diamond of a 4-4-2 behind a frontline that features 19-year-old Karim Adeyemi, the sensation of the Champions League's first two matchdays. Weah has been sensational in his last two Ligue 1 games, the first as a starter in the two-man attack, the second as a late sub at left wing.

The national team remains a work in progress. The approach has evolved from emphasizing a possession game to moving to a more direct style. The common thread is that the USA lacks the players comfortable enough to combine fluidly in attack and an individual who can create chances for others.

In the Honduras game, Ricardo Pepi, the hero with a role in all four goals, showed an ability to create all kinds of problems with his ability to cause turnovers. Players like Aaronson and Weah, in particular the latter, love to create havoc in the opponent's third.

"We're hoping that they can make a similar impact with us," said Berhalter about Aaronson and Weah, "especially with their verticality with their speed and with their ability to press."