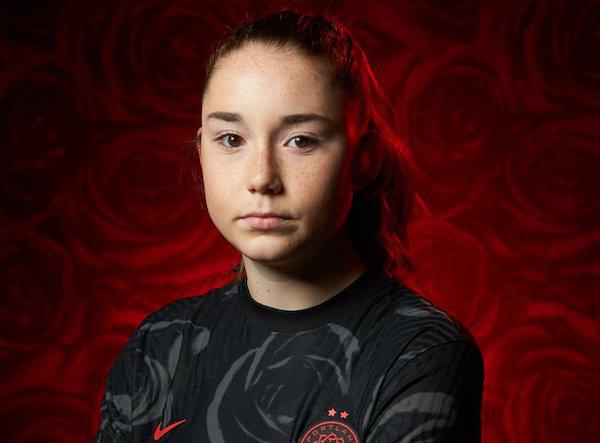 Olivia Moultrie, who made her NWSL debut for the Portland Thorns 10 weeks before turning 16 on Sept. 17, has been called into the U.S. U-20 women's national team camp despite still eligible for the U-17s. The U-20s are preparing for the 2022 Concacaf U-20 Championship to determine qualifiers for the 2022 U-20 World Cup in Costa Rica (Aug. 10-28), for which players born in 2002 or later are eligible.

The USA won the 2020 Concacaf U-20 Championship but the pandemic forced the cancellation of the 2020 U-20 World Cup.

As is the case with the U-17 women's camp the preceding week, the U-20 gathering in Chula Vista, California, Oct. 17-24 will be run by U.S. Soccer youth national team coaches Tracey Kevins and Matt Potter.

Moultrie became a professional at 13 and earlier this year successfully challenged in federal court the NWSL's restrictions on minors playing in its league and has made eight NWSL appearances since. She is the only pro on the 28-player roster on which 14 states and 21 youth clubs are represented. Eleven players on the roster hail from California, not including Moultrie, who moved from Southern California to Oregon upon turning pro.

“With international competition right around the corner, we’re really looking forward to seeing our U-20 and U-17 USWNTs get back together on the field,” said USWNT General Manager Kate Markgraf said in a press release. “After scouting players across the country in their club competitions virtually and in-person, and evaluating them at Regional ID Centers, as well as during the last cycles before COVID, these camps are a critical opportunity to bring the player pools together and familiarize them with our staff and each other. It’s an important early step to prepare for qualifying, which is coming up quickly.”