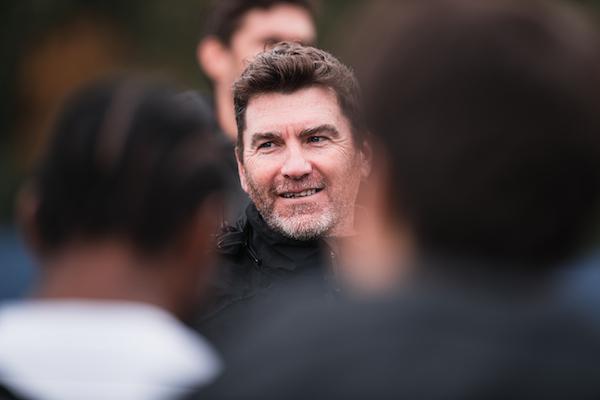 Jamie Clark had been the Creighton University men’s soccer coach for just seven months, when the University of Washington called.

He asked his father for advice. Bobby Clark -- the former Scottish national team goalkeeper and Dartmouth, Stanford and Notre Dame coach known for his integrity and character -- told his son that he could make one quick move in his career, without angering anyone. Beyond that, his reputation would suffer.

Clark left the Midwest for the Northwest. Ten years later, he’s still there.

The Huskies could not be happier. Clark has led UW to two Pac-12 titles, eight trips to the NCAA tournament, and three quarterfinals. Right now, they’re ranked second nationally in Division I by United Soccer Coaches and No. 1 in the NCAA's RPI with an 11-0-0 record.

Clark calls himself “a typical coach’s son. Our gene pool is a touch less athletic, a touch more of a problem-solver."

He’s downplaying his talents. Playing for his father, he was a two-time All-American at Stanford University -- the first to earn first team honors in Cardinal history.

With his father, he said, “there are no shortcuts to winning. You do things properly. It sounds simplistic, but it’s not always easy for coaches to follow.” Bobby Clark treated his son the same way he treated everyone, Jamie says: “with great respect.”

His father taught him that “coaches are educators. We try to win games, but more importantly we try to teach life lessons.”

After graduating in 1999, Clark played for the MLS San Jose Clash, and in Scotland. He thought of law school, but while rehabbing a groin injury in New Mexico -- where his brother Tommy, also a former player, was doing his medical residency -- he met University of New Mexico coach Jeremy Fishbein. Clark joined the staff, and was there when the Lobos lost in the 2005 national finals. 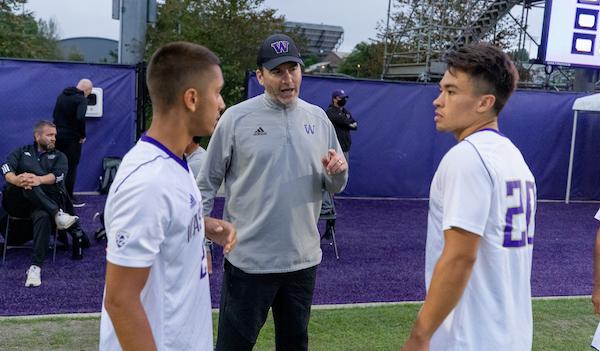 Coaching had never been far from his mind. Clark saw first-hand the admiration his father’s former players still had for him. “He was part of the lives of hundreds of them,” Jamie says. “That’s an amazing impact.”

After serving as an assistant to Bobby Clark at Notre Dame in 2006 and ‘07, Jamie was named head coach at Harvard University. He earned back-to-back NCAA tournament bids, but Ivy League rules limited the amount of time he had with his players. It was difficult, Clark says, to build the relationships that are the foundation of coaching.

Creighton offered superb facilities. Soccer was an important part of university life. Clark guided the Bluejays to the second round of the national tourney, where they lost to Southern Methodist in a shootout.

The move to the Northwest was a good one. Clark’s wife is from Portland. Dean Wurzberger had built UW into a strong program, though it had suffered through a couple of down years. Clark was ready to rebuild.

He describes his style as “leadership based. The furthest thing from my mind is ‘the’ way. I have ‘a’ way. I like to create situations that give guys confidence and belief in each other. Tactics feed into it, but the foundation with the players has to be there first.”

Though COVID crippled many college soccer programs, UW weathered it well. “We found new ways to stay together,” Clark says. “We saw fantastic growth and learning in the fall (of 2020). By this spring, we were fit, and ready to go. It was a very trying year – I don’t make light of the impact – but there was plenty of gratitude, too. Our guys really understood the situation, and worked hard to make things happen.”

College soccer has changed a great deal since Jamie Clark played for his father at Stanford. There are new facilities, advanced training technologies. More players are leaving early, for the pros. That’s not necessarily a negative.

Clark says that constant roster changes “level the playing field. That’s great for the game. The more teams have the ability to win a national championship, the more fun it is.”

He faces many foes with international players. The UW roster has a few. However, Clark says, “I’m an employee of the state of Washington.” Nearly a dozen Huskies hail from there.

Of course, the UW coach says, at the end of the day “soccer is soccer. Coaches always try to bring out the best in everyone. It’s still about maximizing the collective group. That’s still the puzzle to solve. That never changes.”