USMNT and the development of elite players 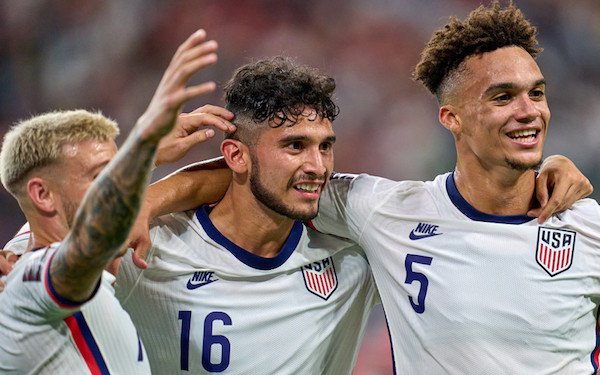 When I do a sequel to an article, I usually do it in a few weeks. This time, this is a sequel to an article I wrote in April. In that article I compared the roster of the USMNT preparing for its March friendlies to the roster of the Turkish MNT. Six months has passed and now USMNT are playing World Cup qualifiers in the Octagonal. The roster in question is the one for this second phase of the Octagonal. This article will just concentrate on the USMNT and its recent game against Jamaica.

USMNT played Jamaica very close to my hometown, in Austin. I watched the game. I think it is worth saying a few things about the game, and the officiating before focusing on the roster and the developmental elements of it.

Although USMNT played the last-positioned team in the Octagonal at home, the game it played was very impressive, especially in the second half. It played a very-fast paced game, trying to possess the ball. Ricardo Pepi’s performance was phenomenal. An 18-year-old player playing his first two official A level national team games and scoring three goals will be phenomenal anywhere on the planet. It will be premature to expect the same scoring performance in the coming games, but it is definite that the USMNT might have found a striker with a good finishing touch. Pepi’s style somehow reminds me of Gerd Mueller. He definitely is not the “classical’ striker who can play with his back to the defense, but USMNT can change their playing style without the need for a “classical” striker. I was very much impressed by the way Tim Weah and Sergino Dest played also. Let us not forget they found space in the Jamaican defense to display their talents. Sergino

One word to the referee from Grenada: Reon Radix. Grenada is an island state with a population of 111,454 (2018). Radix is the sole FIFA referee from this country with very limited international match experience. Locally the games he referees are levels way down from what he refereed in Austin. His only experience comes from Concacaf club and national team matches and those are very limited too. He is a tier-two referee in Concacaf. His only other mentionable achievement is a game he officiated in 2021 Gold Cup qualifying: Guadalupe vs. Bahamas. He is 31 years old and is an ex-long-distance runner. You could see that he is very fit and has a very positive body language. His foul recognition is decent. The game did not create any game control issues, so I cannot comment too much on his game controlling talent; both yellow cards he showed were for stopping  potential attacks rather than a DOGSOs. He was heavily criticized for not issuing red cards for those two fouls in the first half. For the first foul, one might find excuses like too far from the goal and another Jamaican defender might have caught the attacker and support his yellow card. But for the second one, there is no excuse. It was a Match Critical Incident, which should bring him a failing grade. The issue is not with him, but rather with Concacaf. Why did it assign such a “rookie” referee? I understand its dilemma of being limited to a few elite referees, mainly from Mexico and the USA. Still, this was not the correct choice. I believe Radix tried to prove that he will not be influenced by the home team, and that is what he did. If USMNT did not score in the second half, I cannot imagine the dimensions of the criticism that Concacaf refereeing department would have.

So much for the game and the referee. Let us analyze the roster that was picked up by Gregg Berhalter for the second stage of the Octagonal. It is clear that these are some of the best athletes/players that can play for the USMNT. There might be others who were not selected but the analysis stands for this roster which Berhalter’s choice.

The roster of 26 has an average age of 24.12, which is very young for a MNT. Their average age is a bit older than the roster in March (23.07). The average cap of the roster is 20.31. Clearly Berhalter chose a roster for the future. Looking at the second half of the Honduras game and the Jamaica game -- excluding 1-0 loss to Panama -- one can be hopeful, but it is still to early to see what this team can do in the World Cup in 2022. Yes, I am predicting USMNT will qualify for the World Cup even though this article was written before USMNT lost 1-0 to Panama. This loss will not change any of the messages of this article. Such a young team will have ups and downs. Clearly, we need to play more away games in the rest of the region, instead of relying on home games for friendlies and the Gold Cup.

The other areas to investigate is where these 26 players developed their soccer skills and still developing them. If you look at player development in two phases namely youth – up to 18 – and elite -- above the age of 18 -- development then we get an interesting breakdown.

Another analysis on their and their families background revealed another expected outcome. Thirteen players on the roster were either born and/or raised in a foreign country or their parents were. This proves the importance of growing up in a deep soccer culture which unfortunately our country still lacks.

We should not forget our rivals of our MNT have at least 100 years of soccer culture and other professional games like football, basketball and baseball have been engrained in our sports culture fabric for nearly a century, ours soccer culture is at best limited to three decades. There are now some American parents who has an interest in soccer – who watch soccer or even might have played soccer – but there are no or very few American grandparents who have any interest in soccer. Soccer culture grows slowly overtime.

Our basic dilemma for the MNTs is that we want to compress 100 years into maybe 40 years, which is not doable. We might expedite the process and there are three ways of doing it, looking into our current landscape.

For the last item there is hope now. After years of negligence, U.S. Soccer is now working on a project to identify who the system is leaving out and how to remove the barriers. (Please listen minutes 48-50) For the other two, I will have to write two sequel articles in the weeks to come.

9 comments about "USMNT and the development of elite players".
Read more comments >
Next story loading