USA-Costa Rica: U.S. youngsters begin to live up to expectations 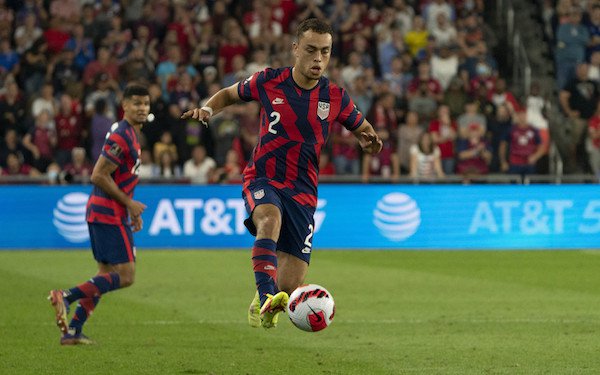 The USA ended the October window of World Cup qualifying like it ended the September window.

The USA already has two comeback wins in two windows, matching the total of the other seven teams in the Octagonal. (Costa Rica rallied to beat El Salvador, 2-1, on Sunday while Canada came back from a goal down to beat Panama, 4-1, on Wednesday night.)

The USA's two comeback wins were crafted in different ways.

Against Honduras, U.S. coach Gregg Berhalter fielded a patchwork lineup that was lucky to get through the first half just a goal down, then he brought on a wave a subs who took advantage of some puzzling moves by the Catrachos and blew them off the field with three goals in the last 15 minutes.

The USA beat Costa Rica with close to its first team, missing only three players who figured to be automatic choices in the starting lineup when the Octagonal started: Christian Pulisic and Gio Reyna, its two best attacking players, and John Brooks, one of the Bundesliga's top center backs and one of only two holdovers from the 2014 World Cup team in the current squad.

But the USA won because its young players have started to the live up to expectations. The average age of the 10 field players in the starting lineup was 21.1. Including goalkeeper Zack Steffen, seven starters have already played in the UEFA Champions League.

Sergino Dest: 'The sky's the limit for him.' Sergino Dest was disappointing in the Concacaf Nations League and the September window, but he was the difference in the wins over Jamaica and Costa Rica.

The amazing thing about his golazo against the Ticos was that you could feel it coming -- the only difference between his first goal he scored for the USA earlier in the year and this one is that he beat Keylor Navas with his left foot -- but it will overshadow his other contributions, his perfectly flighted ball that Ricardo Pepi headed for the opening goal against Jamaica and his soft ball into space that Timothy Weah ran on to and smashed with such force that it ricocheted off the post and and backup goalkeeper Leonel Moreira and spun over the goal line.

"Sergino is an interesting player because it's almost like the sky's the limit for him," said U.S. coach Gregg Berhalter. "He can be as good as he wants to be and you saw today with his attacking play. It's unreal."

Dest has struggled at time with his defending -- he was partly responsible for Costa Rica's goal in the 1st minute -- but he is in the U.S. lineup for his attacking.

"We're forgetting how young of a player he is," said Berhalter. "A lot of times, defenders rely on experience, and he just needs to gain experience. He's doing a great job. Now, he's played over 60 games for Barcelona already. It's a  really impressive record. He just needs to keep working."

Timothy Weah: 'I'm so happy for him.' Until now, Weah hasn't had much of a chance to produce for the USA because he has often been injured. It was 23 months into Berhalter's tenure before he even played for the U.S. coach. And he missed the September window because he was injured in training at French club Lille two days before he was supposed to fly to Nashville.

Weah was a sub against Jamaica and was very dangerous. He started at Panama and was largely invisible, like his teammates. He wasn't supposed to start against Costa Rica, but Paul Arriola was injured in warm-ups.

“It was kind of a rush,” Weah said. “I had to warm up, get ready quick but mentally I was prepared for this game. Coach gave me the task. I just needed to focus and then just get in with the boys and do what we have to do.” 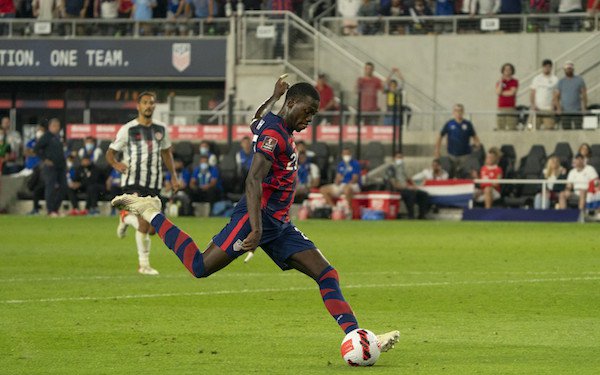 The 21-year-old son of the great George Weah, now the president of Liberia, was only supposed to play for about an hour. At that point, he looked over to the bench and could see Matthew Hoppe and DeAndre Yedlin getting instructions and readying to enter the game for him and Dest.

“It’s really funny because I saw Hoppe and DeAndre on the sideline getting ready to come in, so I kind of had the idea that I was getting subbed out,” Weah said. “My goal was just to stay focused.”

The winger doesn't just bring speed, he has the anticipation and timing to make runs on the overlap, like on his contribution to Dest's opening goal, and into space, like on the winning U.S. goal.

About the only thing Berhalter didn't like about the evening was the scoring on the goal.

“I don’t think it’s an own goal,” Berhalter said. “I think we got to get that change."

What he liked was how Weah responded after the disappointment of the Panama game.

"We had a long meeting yesterday," Berhalter said. "We watched video together, and it was great to see him actually applying that to his performance today because he was disappointed with his performance in Panama, and he really responded with a great attitude and good performance. I'm so happy for him, happy that he got the goal and happy that we didn't make that sub."

Chris Richards: 'We wanted to put him in the best possible position to succeed.' The other 21-year-old player to get the start was Chris Richards. It has been a long wait to get his first start on the national team, but it was only a matter of time before he broke in at center back. Like Weah's progress at Lille in the last 12 minutes, Richards has become an automatic starter in the Bundesliga at Hoffenheim, on loan from Bayern Munich, since the beginning of the year.

Like Steffen in goal and Gianluca Busio and Hoppe off the bench, Richards made his World Cup qualifying debut on Wednesday night. He had a close call on a tackle that might have been called a penalty but he covered a lot of ground and looked very comfortable on the ball, a rarity among U.S. defenders.

In the September window, 21 of the 22 field players on the U.S. squad played. In October, all 23 players played.

"The guys aren't here to be passengers," said Berhalter. "We make that loud and clear. I said to Chris, 'Be patient.' We were debating starting him against Panama and we thought that we wanted to put him in the best possible position to succeed. We're playing in Columbus, we knew what the fans would be like, we knew what the stadium would be like, so we opted for him."