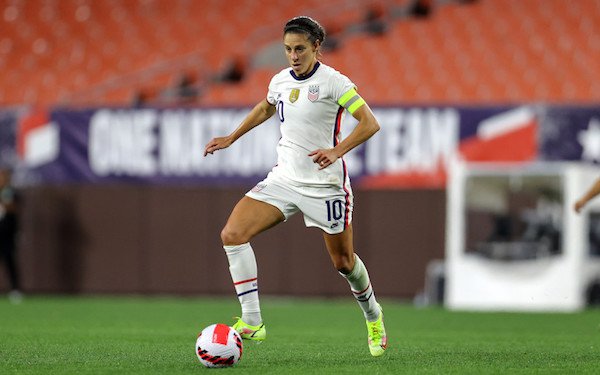 The roster features 17 players from this summer's bronze medal-winning Olympic team, including Megan Rapinoe, who returns after missing the September friendlies against Paraguay due to an injury.

Alyssa Naeher, Samantha Mewis and Julie Ertz will take part in training but otherwise will continue to rehab from injuries. Christen Press and Crystal Dunn opted out of the matches.

Besides Rapinoe, the only other player called in who wasn't with the team in September is Racing Louisville rookie Emily Fox. Forwards Mallory Pugh and Sophia Smith and midfielder Andi Sullivan, who all had strong showings in September, also return.


“It’s been a stressful few weeks for the players and staff and the well-being of our players has and always will come first. We always want to keep improving and evolving as a team, win every game we play, and put on a good show for the fans, but during this camp we will really focus on a few basic things – continuing to support each other while getting to do what we love on the field, and of course, giving Carli Lloyd the send-off she deserves.”