Octagonal: Fabian Coito is out as Honduras coach 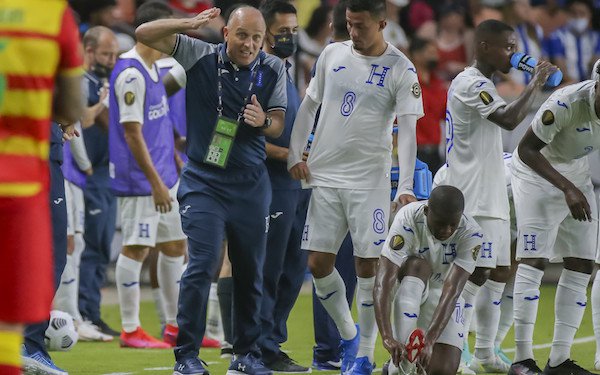 Last-place Honduras became the first team in the Octagonal to fire its coach when Uruguayan Fabian Coito was ousted after Wednesday's 2-0 loss at home to Jamaica.

The move was in the works after Sunday's 3-0 at Mexico. Through six games, the Catrachos have just three points with ties against Canada and El Salvador on the road in its first two games and a tie at home against Costa Rica to open the second window.

In the final round of qualifying in 2017, the Honduran federation kept on Jorge Luis Pinto after a 6-0 loss at the USA in their their game and the Colombian coach took the Catrachos all the way to the intercontinental playoffs, finishing ahead of the USA.

Coito, who had enjoyed success in Uruguay's national youth team program, was hired in 2019. He kept his job after Honduras finished last in its group in the 2019 Gold Cup and received a vote of confidence after the Catrachos exited the 2021 Gold Cup in the quarterfinals.

Names mentioned as possible successors are Argentines Pedro Troglio, Hector Vargas and Diego Vasquez, who have all won titles with Honduran clubs, and 66-year-old Ramon Maradiaga, who captained Honduras at the 1982 World Cup and has coached Honduras, Guatemala (twice) and El Salvador.