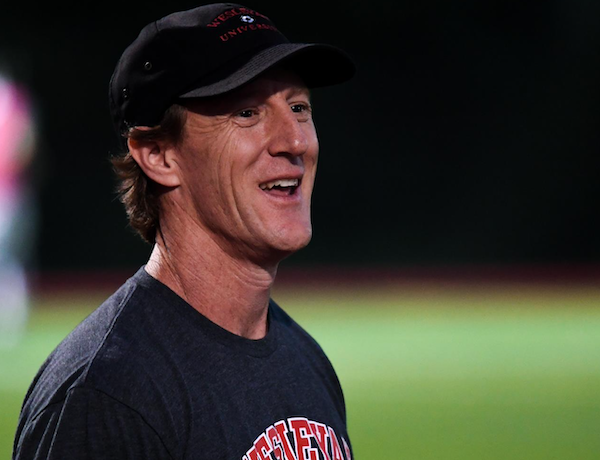 Some players -- and their parents -- think that means D-III is inferior to D-I. Geoff Wheeler differs.

He coaches Wesleyan University in Connecticut. The Cardinals compete in the New England Small College Athletic Conference. The 11 schools are some of the most elite liberal arts schools in the country. Athletically, it’s not the Atlantic Coast Conference, Big East or Pac-12.

But, Wheeler says, neither are most D-1 conferences. His D-III league and others are filled with high quality players who at one point said they’d only play D-I soccer. The result is excellent soccer, intense competition -- but less of the year-round pressure found in D-I programs.

There are twice as many D-III men’s teams (415) as D-I (205). (There are also 214 D-II squads. Those programs can offer athletic scholarships; eligibility requirements in areas like age are less stringent than D-I.)

Wheeler’s recruiting pitch goes like this: “We provide a platform for student-athletes to excel in many areas. Athletics is just one. It’s a place to be exposed to and discover a variety of passions. You can compete for a national championship -- and also sing in the choir.”

Very few D-III soccer players will make a living from soccer after graduation. But that’s true of most D-I players too. That may not be a message some recruits like to hear, but it’s reality.

So, Wheeler says, instead of missing classes for flights to faraway games, NESCAC student-athletes travel a couple of hours by bus. They leave after Friday classes, and return Saturday night. “If a kid gets out of class at 4 p.m. and is at the field at 4:15 for a 4:30 game, that’s OK,” Wheeler says. “You’re a student first.”

That school/sports balance appeals, he says, to a students (and parents) who understand that, ultimately, “education is the most important thing. It’s a healthier balance maybe even than a club environment, where you drive two hours to practice two or three times a week.”

Division III has no official offseason. At Wesleyan, players lead the winter and spring programs -- a valuable lesson in leadership, Wheeler notes. Students use spring semester -- with its truncated, 15-session season -- to study abroad.

Still, despite the stereotype that, Wheeler admits, D-I soccer is “bigger, faster, stronger,” the true difference is “speed of decision-making.” In many other areas, including technical and athletic ability, he sees little difference.

Though Division III schools are located primarily in the East, Wheeler cites top quality programs across the country, from Trinity in Texas and Colorado College, to Claremont McKenna in California.

Yet even D-III schools are not immune to the pressures of college soccer. Wheeler is concerned about “the breakneck pace” of recruiting.

“It’s unhealthy,” he says -- at every level. “There’s pressure to watch matches every weekend. There’s the proliferation of ID clinics, even during the fall season.” The pressure comes from “administrators, peers, and yourself.”

In years past, Wheeler says, D-III coaches did not get fired for losing. That’s no longer the case.

But he remains a proud advocate for D-III. He cites coaches like Mike Russo of Williams, Dave Saward of Middlebury and George Purgavie of Bates, who nurtured the NESCAC game.

“I feel a responsibility to keep nurturing it,” Wheeler says. “If players don’t enjoy what they’re doing, the chance for success goes down tremendously. D-III soccer allows kids to enjoy it.”