Marla Messing: 'Our first objective is to get our house in order' 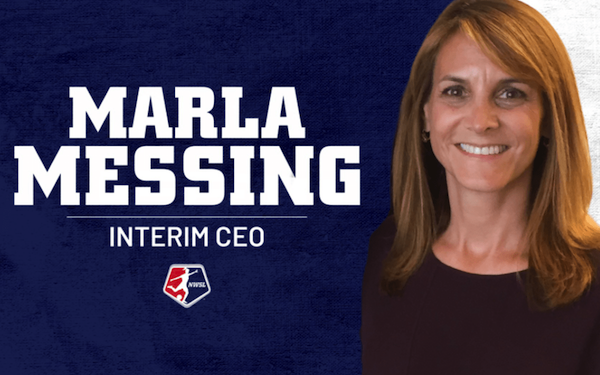 In her first media availability two days after being appointed the NWSL's interim CEO, Marla Messing said the goal of the league is to be the best women’s soccer league in the world, but to be in a position to achieve that it must first get its house in order.

Messing, the president and CEO of the 1999 Women's World Cup organizing committee, was apppointed to oversee the league's day-to-day operations after Lisa Baird stepped down as NWSL commissioner on Oct. 1 in the wake of revelations about former NWSL coach Paul Riley and the inaction on Baird's part to investigate complaints of sexual coercion made about Riley by two of his former players, Sinead Farrelly and Mana Shim.

The NWSL has been hounded by multiple abuse cases in 2021. Riley is one of four NWSL head coaches -- all men -- who have been ousted. In addition, the Gotham FC general manager, Alyse LaHue, was fired for violating what the NWSL described as league policy.

“We must root out these issues and this behavior in order for us to be in a position to achieve this goal," said Messing.

She said an agreement was reached between the NWSL Players Association and the NWSL on demands the players made about how the investigation into the abuses would take place. She said the league and players will collaborate on the investigation being initiated by the law firm Covington & Burling.

"I want to reiterate that the league has retained Covington & Burling to conduct a thorough independent investigation and make recommendations and reforms based on its findings," she said. "Covington has been given full access and autonomy to follow the facts, where they may lead."

Messing said it could be "3, 6, 9 months until they uncover the facts." She added that U.S. Soccer president Cindy Parlow Cone, who played on the 1999 U.S. Women's World Cup championship team, urged her to become involved. U.S. Soccer is conducting its own investigation headed by former U.S. Attorney General Sally Yates, a partner at Atlanta's King & Spalding law firm.

"There are a lot of challenges," said Messing, who was most recently the USTA Southern California's CEO, "and right now my mandate is to oversee the investigations, to make sure that institutional change happens, and to run the day-to-day operations of the league, and frankly that is what I'm focused on. I want to be successful at accomplishing those things on behalf of the players in the league."

nwsl
1 comment about "Marla Messing: 'Our first objective is to get our house in order'".
Next story loading