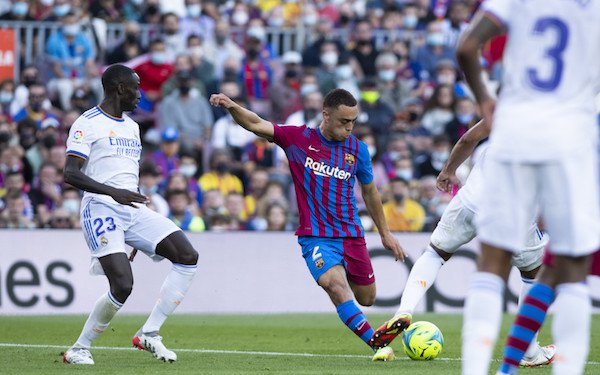 Sergino Dest's attacking abilities are what convinced Coach Ronald Koeman to give the 20-year-old Dutch-American a prominent role in his second season at Barcelona.

But Dest's finishing let him down on Sunday in El Clasico against Real Madrid and will likely cost Koeman his job.

Before 86,422 fans -- the most at the Camp Nou since fans were allowed back this season -- Barcelona lost to Real Madrid, 2-1, in a match that turned on a Dest miss.

Barcelona was pressing for the opening goal in the 25th minute when Dest, starting his third game in a week in the Barca attack, had an open goal with giant Real Madrid keeper Thibaut Courtois beaten but fired his shot high and over the goal. Seven minutes later, Austrian David Alaba scored to give Real Madrid the lead. Barcelona spent the rest of the game struggling to find an equalizer that never came.

Koeman said the complexion of the game changed when Dest failed to convert the chance that Memphis Depay created for him.

"We had a very clear chance to go 1-0 up and shortly afterwards Madrid took the lead," Koeman said. "It's a totally different game if we go ahead. You simply have to score such a clear opportunity."


Koeman and Dest go back to 2019, before Koeman took over at Barcelona coach. He was the Dutch national team coach and was wooing Dest to join the Oranje. Dest, who played for the USA at the 2017 Under-17 World Cup and 2019 Under-20 World Cup, chose to play for the USA at the senior level.

But a year later, Koeman came knocking again as the new head coach at Barcelona, which acquired Dest from Ajax for a transfer fee of about $25 million.

After starting on the right wing alongside 18-year-old Ansu Fati and Depay, Dest was moved to right back after the break when on Philippe Coutinho for Oscar Mingueza and had his moments.

He fired off a shot with his left foot -- almost a carbon copy of the move that produced the USA's opening goal in its 2-1 win over Costa Rica in World Cup 2022 qualifying 11 days earlier -- that skimmed over Courtois' goal. And in stoppage time, he broke free on the right wing and put in a perfect ball for Sergio Aguero in the 6-yard box to put away for the Argentine's first goal since signing with Barcelona from Manchester City.

"I am disappointed with the result," said Koeman, but the team tried until the last second. We didn't create many clear opportunities. It was an even match, but in the end the small details proved key. It is difficult to find positives from losing at home to Madrid, but I liked the attitude of the players and the fans."

Koeman was speaking before he tried to leave the stadium. A crowd of young supporters spotted the Dutchman trying to leave and surrounded his Audi. Most simply raised their phones to video the Barcelona coach, but some angrily pounded on the car before it sped away.


The incident prompted Barcelona to issue a statement that it "will take security and disciplinary measures so that such unfortunate events do not happen again.”

Dest wasn't the only American to fail to convert a big opportunity in for a high-profile team.

In France, Timothy Weah started for Ligue 1 champion Lille in its 1-1 tie with Brest on Saturday and was one its most active players but he failed to convert three chances. Weah, who is one of Lille's most popular players, took responsibility for his performance and thanked Lille fans for their support. 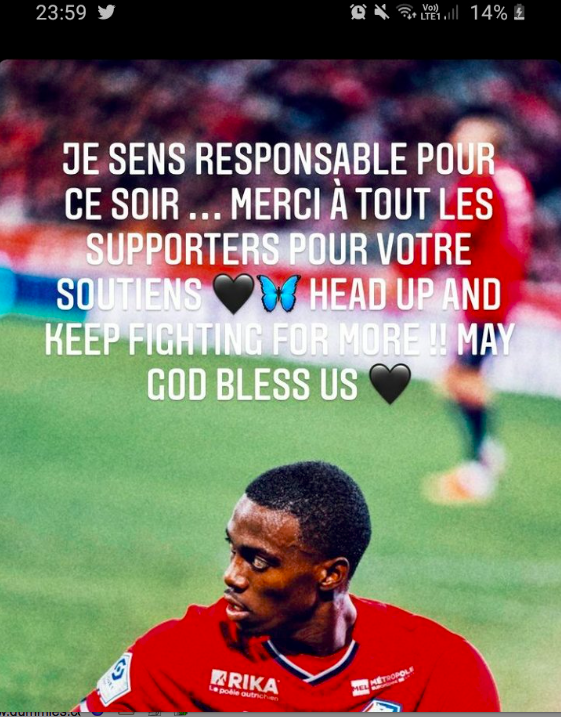 On Sunday, Konrad de la Fuente played in his first "Classique" for Marseille against Paris St. Germain, entering the match in the 70th minute, but missed a late chance from close range and the match ended in a scoreless draw.