Carli Lloyd walks away, at peace and with contentment 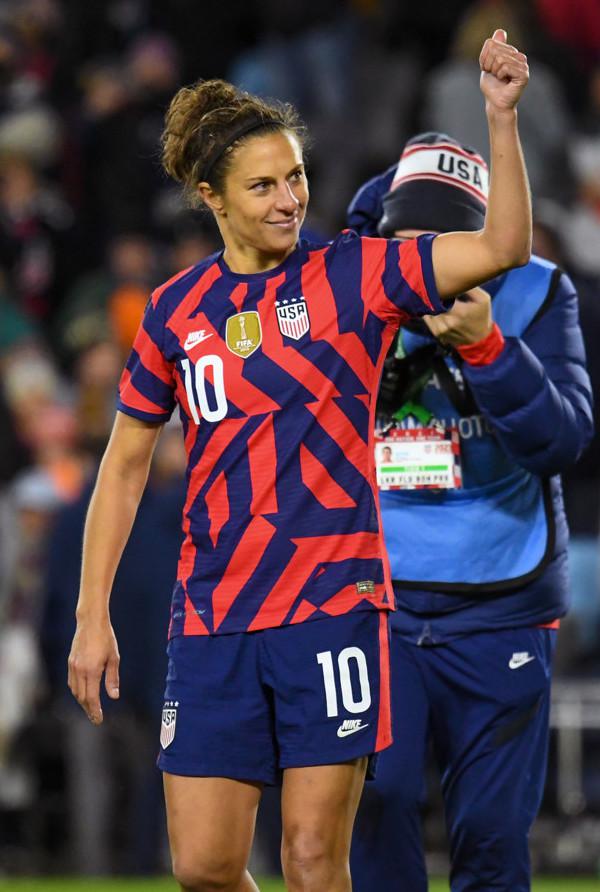 Carli Lloyd walked away from the U.S. national team on Tuesday night without a goal, but she had something more important.

She was at peace with herself.

"I think I've cried all the tears I probably could," Lloyd said after the USA's 6-0 win over South Korea in St. Paul, Minnesota.

Lloyd is one of the most driven athletes to have ever played women's soccer. Not many athletes will tell you they enjoy running stadium stairs, but her obsession with hard work allowed her to play until she was 39.

After the USA lost to Canada in the semifinals of the Olympic women's soccer tournament this summer, you could see Lloyd, a second-half sub, doing sprints in the background as her teammate, Megan Rapinoe, was being interviewed on the field at Ibaraki Kashima Stadium. There was a third-place game -- in which she scored two goals -- to get ready for.

Lloyd enjoyed great success, winning two Olympic gold medals and two Women's World Cup championships, and became the most clutch scorer in the history of the women's national team program, but it never seemed to be enough.

On the eve of her final game, Lloyd admitted, "It's very tiring to continue to prove people wrong." And after Tuesday's game, she even thanked the "doubters and critics" for pushing her.

@CarliLloyd addresses the crowd after her final game for the @USWNT pic.twitter.com/djY16FX3K8


The 316th and final game for the USA was emotional. On hand was her family, including her parents with whom she reconciled in 2020 after being estranged for 12 years. So too was her high school sweetheart, golf pro Brian Hollins whom she married in 2016.

When it came time in the 66th minute for Lloyd to exit the field in favor of Alex Morgan, she handed her captain's armband to Rapinoe and took off her U.S. jersey with "Lloyd" on the back to reveal the same red jersey with "Hollins" on back.

"It's been emotional," she said. "But there's just a sense of peace and contentment that I feel -- it's just joy and happiness. It's been an amazing journey and I gave it all I had, and now I can walk away into the next chapter."

Lloyd has at least two more soccer games to play -- Gotham FC is at Racing Louisville Thursday night in the first of a two-game series that will decide whether the New Jersey team will go to the NWSL playoffs -- before that next chapter begins.

"To leave the field one last time with the Lloyd jersey on my back and then go off as Hollins, that's a tribute to the next chapter," she said. "This next chapter is going to be about Brian and me and that's going to be really special."

women's national team
1 comment about "Carli Lloyd walks away, at peace and with contentment".
Next story loading