Steve Swanson, coach of world champions, has a special fondness for the college game 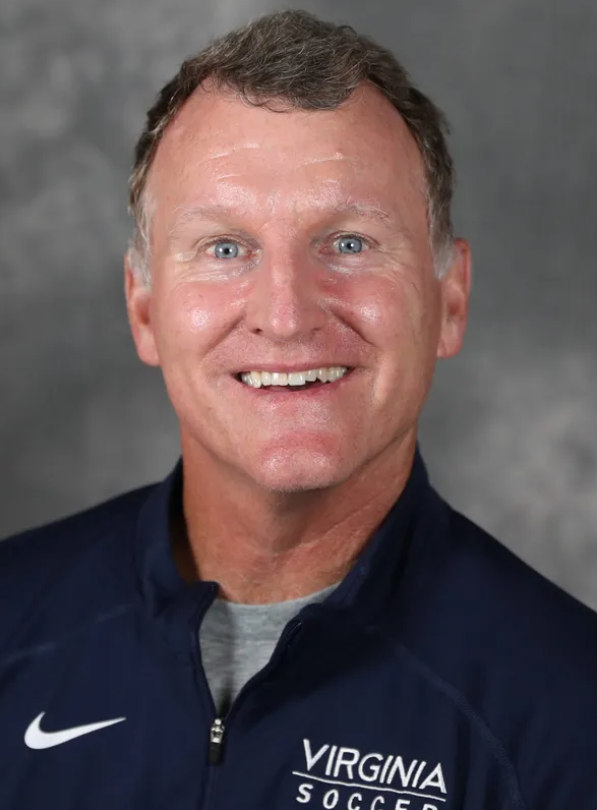 Steve Swanson  has spent more than 30 years developing soccer players. With 30 straight winning seasons (including the last 21 as University of Virginia women’s head coach), a world championship with the U-20 U.S. women’s team, and two World Cup titles as an assistant with the U.S. women’s national team, he’s come to appreciate the most important element of a soccer player.

“It’s good to have a strong mentality. But most countries do,” the Michigan State graduate and former professional says. “We’ll win World Cups because we make better decisions than other teams.”

He has dedicated his professional life – including stints at Stanford University and Dartmouth College – to developing the brains (and feet) of his players.

His years on the international stage are important. But he has a special fondness for college-age athletes.

“It’s an amazing time in the span of a soccer player,” Swanson notes. “They’re still growing. There’s room to develop in every facet of life.”

As he has helped developed players, he’s watched the college game grow. When he started coaching, there were fewer than 50 NCAA Division I women’s teams. That number increased sevenfold. Club soccer has grown exponentially too.

The result, Swanson says, is “more technical players, and less space to play.” Still, he sees “a little too much reliance on athleticism. You need to make quick decisions in those tight spaces.” 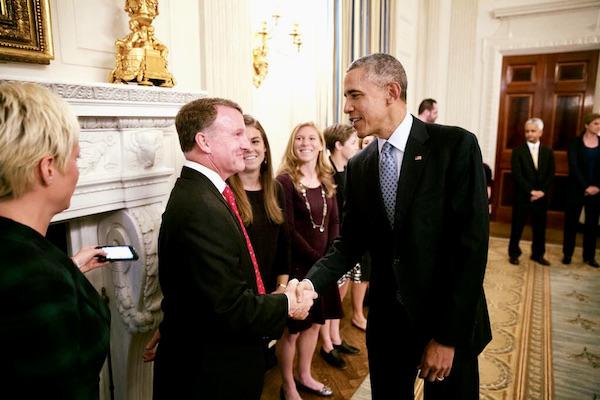 Steve Swanson served as an assistant coach to Jill Ellis when the USA won Women's World Cup titles in 2015 (which led to a White House invitation from Barack Obama) and 2019. The USA's last U-20 Women's World Cup title came in 2012 with Swanson at the helm of a team that included Crystal Dunn, Julie (née Johnston) Ertz, Morgan Brian and Sam Mewis. He's coached U.S. national teams at all age groups from U-16s to U-23s.

With more coaches having grown up playing soccer – not always true in the past – Swanson believes “the onus is on all of us” to instill the high standards needed to reach skillful levels, both technical and tactical.

“Every player needs the skillset to pass, shoot, receive, attack and defend one-on-one. College is too late to learn how to strike a long ball properly. We’ve improved enormously from 25, 30 years ago. At the same time, we have to make teaching those things a priority.”

Having learned those fundamentals, Swanson adds, players must apply them when making decisions. “That’s more important than going undefeated at a young age.”

He includes not only coaches, but entire leagues, in that responsibility.

He understands “turf wars” between the ECNL and Girls Academy. But, he maintains, “we all need to get on the same page to help grow the game. We’re not there yet. A lot of people have good intentions. We have to have the big picture in mind. And we all need to do better.”

His international experience has given Swanson a broad perspective. Women’s soccer is booming across the globe; new powerhouses have burst on the scene. “That’s the competition the U.S. needs,” he says. “That’s the way we’ll get better.”

The women’s game is evolving dramatically here, with players becoming more complete. The top athletes must attack and defend, play inside and outside, and assume different roles on the field at different times. It all comes back to his mantra: better technical skills, and quicker decision-making.

Swanson says, “As a country, we’ve been very focused on the ball. Now we have to focus more off the ball. Coaches at the youth and college level have to keep that in mind. They need to do their homework, so they can prepare their players well.”

He is excited by the number of passionate people working to improve U.S. soccer. Now, he says, “we all need to get rolling in the same direction.” 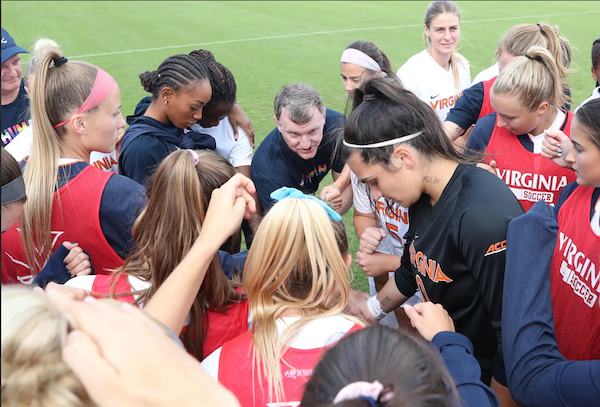 COVID changed Swanson’s life dramatically. After working two jobs for more than 10 years – head coach at Virginia, and U.S. Soccer national teams’ coach – he was forced to slow down. The national teams did not get together for months.

After traveling the world with the full women’s and U-20 national teams – and across the country with the Cavaliers – Swanson appreciates Charlottesville even more now. It’s the quintessential college town, filled with “quality people” in all walks of life. He and his wife Julie have raised three children there.

His route to Virginia was varied. Swanson started as a youth coach, with U-13 and U-16 boys. He’s coached “all ages, sizes, abilities and genders” – and enjoyed it all. Every team has contributed to his own coaching education. And, he says, “I’m still learning and growing.”

As for the future of U.S. women’s soccer, Swanson believes “the sky’s the limit. We have amazing people in this country. We just need to keep the standards high, at every level.”