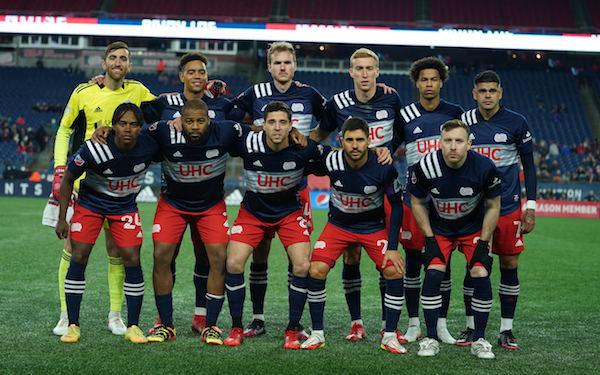 The New England Revolution, the 2021 Supporters' Shield winner, defeated the Colorado Rapids, 1-0, on Wednesday night to improve its record to 22-4-7.

The win gave Revs a new MLS record for points in a season with 73, marking the fourth straight full season the record has fallen:

Bruce Arena has downplayed the importance of the Supporters' Shield, which the Revs clinched on Saturday, but he said the points record was remarkable, considering he took over as head coach and sporting director in May 2019 with the Revs in turmoil.

The Revs were 3-8-2 when Arena replaced Brad Friedel and Mike Burns and coming off a string of four games during which they conceded 18 goals -- 3-0, 6-1 and 5-0 losses and 4-4 tie -- to tie an MLS record for most goals allowed in four games.

"I said that to the team, ‘Man, what a s***show I inherited in May of 2019.’ To think how far they’ve come is kind of remarkable," he said. "It really is. That shows the character of these people – not only the players, but the staff. You know, we come to work every day, it’s a pretty good work environment. And I guess, they accomplished more than any team in the history of the league."

“I’ve been asked this question so many times," he said. "First of all, we haven’t won anything. We won a Supporters’ Shield and all. And I guess, the way you’re judged in this league is what you do at the end, and there’s still a lot ahead. So I don’t know how you judge this team. I’ve had some really good teams. I tell people all the time, the 1998 D.C. United team I had was the best team, I think, I’ve coached in this league and we lost in the final that year."

In 1998, D.C. United went 24-8 in the MLS regular season and won the Concacaf Champions Cup and Copa Interamericana but fell to the Chicago Fire in MLS Cup.