How many competitions can MLS clubs handle? Consider this calendar 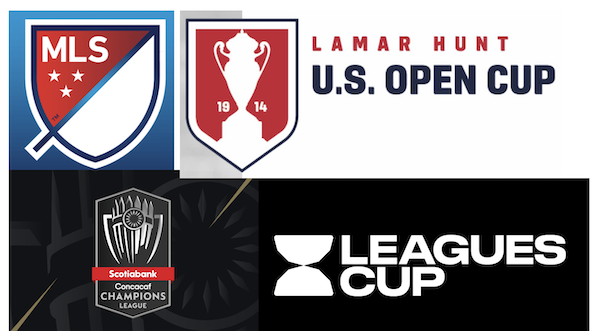 England’s League Cup/EFL Cup/Carabao Cup is by far the third-most interesting of England’s three national soccer competitions. The Premier League is the big prize. The FA Cup has slipped a bit in prestige, in part because the early rounds involving the top tiers follow immediately after an exhausting run of fixtures during the holidays, but it’s still a major event.

So suppose you revved up the Carabao Cup a bit and gave it a purpose. It’s actually quite simple. Expand the Cup over the border and give Scottish clubs a shot at their English neighbors. Imagine the fun of a Rangers-Newcastle semifinal or a giant-killing by a club like Aberdeen or Hearts.

Let’s go back to North America ...

The Leagues Cup, for which all MLS and Liga MX clubs will contend starting in 2023, has the potential to be that sort of competition, with the northern clubs in the USA taking their best shots at the better-established clubs farther south.

Not a bad idea. But how many competitions can MLS clubs handle? We already have the MLS regular season, MLS Cup, the U.S. Open Cup and Concacaf Champions League 3.0, the latter of which has bedeviled MLS entries throughout this century

Something has to give. And the answer is obvious.

It’s not that the playoffs serve no purpose. They give mid-standings teams a reason to take their final games seriously, and knockout competitions always rev up the intensity. But now we have another competition that can serve the same purpose and do it better. The planned format for the Leagues Cup is to include every team from MLS and Liga MX, but there’s no compelling reason to do that.

Instead, take the top 18 or so teams in MLS into the Leagues Cup, and put the rest in the early rounds of the Open Cup, a tournament that risks being devalued even as expansion at the professional and high amateur levels continues to roll forward.

We can even reward that growth at lower levels by giving USL and other Division 2 and 3 leagues a couple of berths in the Leagues Cup.

Feb. 15: MLS season starts along with the round of 16 of the Concacaf Champions League. Teams should be able to play 16 games during this stretch.

Early July: Friendlies for MLS teams to re-establish team chemistry (or shake it up).

Late July-early August: Leagues Cup and the next rounds of the Open Cup, putting all MLS and a lot of Division 2 and 3 teams in action.

Aug. 15: MLS season resumes with another 16 games in a little more than three months.

Marquee games in February (Open Cup), May (Concacaf), August (Leagues Cup) and December (MLS Cup). Thanks to byes that mean teams progressing in one competition don’t have to play as many games in another, fixtures aren’t quite as unevenly distributed as they are in Europe, where one team can play more than 60 games in a season while another plays 40.

Then if you want even more playoff action, open up a form of promotion/relegation in which the top lower-level teams play off for spots in MLS. But that’s another discussion.

england, mls
5 comments about "How many competitions can MLS clubs handle? Consider this calendar".
Read more comments >
Next story loading