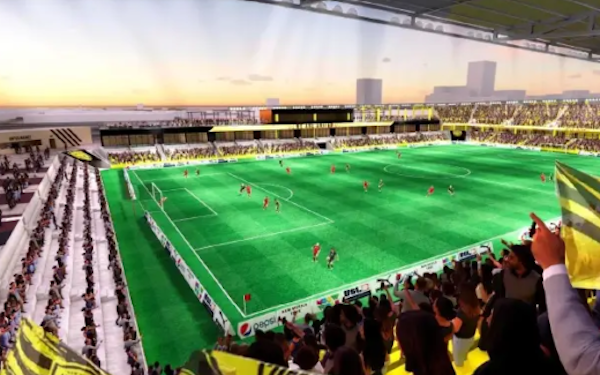 New Mexico United's efforts to secure public funding for a downtown soccer stadium suffered a setback when a measure to raise $50 million in gross receipts tax bonds was rejected by Albuquerque voters on Tuesday.

The Albuquerque Journal reported that the measure was trailing by a margin of 65%-35% as of 10 p.m. on election night.

In 2019, expansion New Mexico United led the USL Championship in attendance. It played at Isotopes Park, the baseball home of Triple-A Albuquerque Isotopes. It returned to Isotopes Park in 2021 after playing on the road in 2020 due to New Mexico Covid-19 restrictions.

“While United will continue its pursuit of a multi-use facility that will allow us to bring a professional women’s soccer team and other community-driven programming to New Mexico, we will not be actively pursuing the proposed sites, including South Broadway and Barelas. United has said from day one that we will only support a location where the local community is behind the project and the stadium can uplift all, not just a few. That work starts immediately.”

In an agreement reached between New Mexico United and the city of Albuquerque subject to approval of the bond measure, the USL Championship club would have paid $10 million toward the construction of the stadium and made annual lease payments of $800,000 as well as $100,000 annual payments from the in-stadium revenues it generated.