NWSL: Future of U.S. national team on display in playoffs 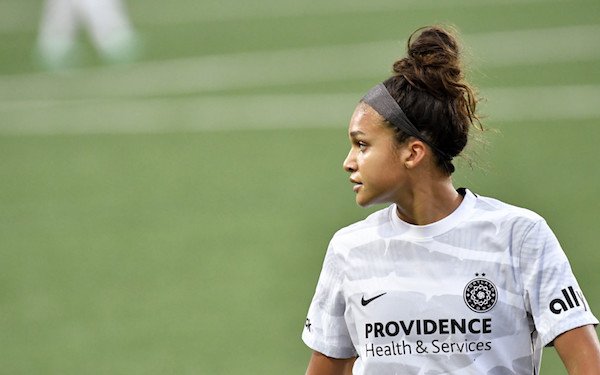 The expanded NWSL playoffs begin Sunday with two quarterfinal games. All six playoff teams have gotten big seasons out of Americans, who should challenge for starting jobs on the U.S. national team as it rebuilds for the 2023 Women's World Cup.

Smith, the youngest player on the national team for its two fall series, was one of the young standouts for the USA against South Korea.

She turned pro after two years at Stanford, but the 2020 NWSL season never took place due to the Covid-19 pandemic. She missed the Challenge Cup because of a knee injury and didn't make her Portland debut until the Fall Series, which the Thorns won.

The 21-year-old Smith, who benefited from a strong preseason, helped the Thorns win the 2021 Challenge Cup and heads into the playoffs as their leading scorer with seven goals.

"She’s world class, and I mean, her potential is limitless,” says Portland veteran Christine Sinclair. “And I’ve told her that if she keeps at it, she’ll be one of the best forwards in the world in no time."

Like Smith, Cook played at Stanford, where she was a 2018 All-America first-team selection in her senior season. But instead of playing in the NWSL, she signed with Paris St. Germain, which won the 2021 Division I Arkema championship, ending Lyon's long reign as French champion, and reached the semifinals of the 2021 UEFA Women's Champions League.

In the short term, the 24-year-old Cook's PSG commitments probably set her back in terms of integrating into the national team, but she should now get a shot since her permanent transfer to OL Reign in June.

She has played every minute of every game since her return -- she played on loan to OL Reign at the 2020 Challenge Cup -- and has been nominated for the NWSL Defender of the Year award.

Rodman, the daughter of former NBA star Dennis Rodman, never played in college. Covid-19 forced the postponement of the 2020 NCAA season, so she gave up her eligibility at Washington State to enter the NWSL College Draft.

Rodman was the second pick behind Racing Louisville's Emily Fox but is the overwhelming favorite to win the 2021 Rookie of the Year award with six goals and six assists for the Spirit.

“Honestly before I started, I didn’t know what to expect,” she said of her rookie year after the season finale. “I didn’t know it was gonna be this hard, I didn’t know I was gonna have to push myself to these limits, but overall it’s been amazing. I’ve improved every single game.” 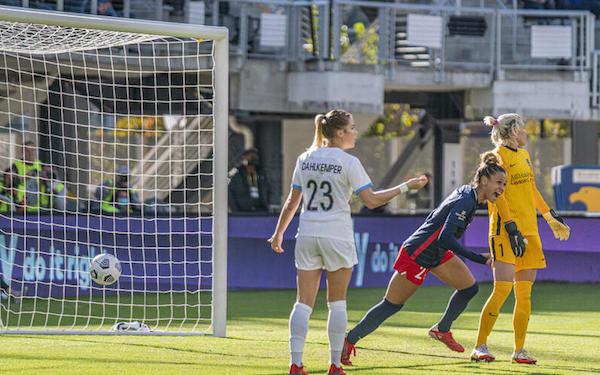 At the age 23, Pugh is already in her fifth pro season. It's been her best with four goals and four assists in 23 games.

She spent three seasons at the Washington Spirit and one at Sky Blue FC before be traded to Chicago in the offseason, a move she supported.

Pugh is one of the five nominees the 2021 NWSL MVP award after helping the Red Stars qualify for the playoffs for a record sixth year in a row.

Despite missing part of the season with a quad injury, Purce is the leading scorer (nine goals in 17 games) in the Gotham FC attack that also includes Ifeoma Onumonu and Carli Lloyd.

The 26-year-old Purce, who was in contention for a berth on the U.S. Olympic team, scored five of her nine goals and Gotham FC hasn't lost in seven games since her return on Sept. 25.

She is another nominee for the 2021 NWSL MVP award after helping Gotham FC reach the playoffs for the first time since 2013.

In her first season with the Courage, the 25-year-old Murphy tied an NWSL record with 11 shutouts in 23 games.

Like Cook, Murphy started her pro career in France, signing with Montpellier out of Rutgers. She was named the French league's goalkeeper of the year in 2017-18 before returning to play in the NWSL in 2019.

In the offseason, she was traded to the Courage as part of the three-team deal that sent Courage star Crystal Dunn to the Thorns.