Wear a flat cap! Dance! Smile! It's only soccer

"I will never apologize for always having played soccer with a smile on my face," the retired Zimbabwean goalkeeper Bruce Grobbelaar recently told the German magazine 11 Freunde. He was responding to a question about that most banal and over-flogged quote attributed to the late Liverpool FC coach Bill Shankly  about football being "much more important" than life or death. 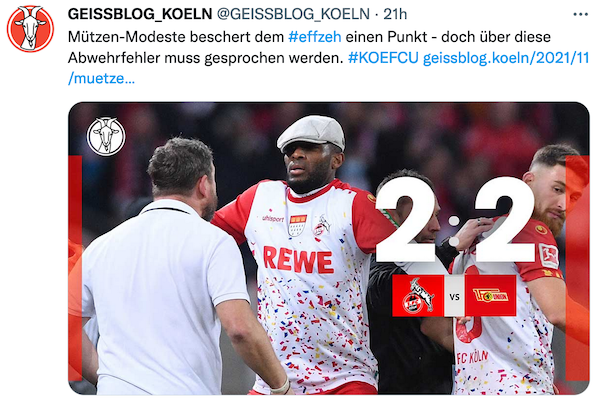 Shankly was a wry Scotsman who beyond any doubt uttered the words with sly irony and a glint in his eye. He would be horrified that mindless journalists still quote him decades later, as though the quote represents some eternal truth from a mythical soccer bible. Yet although soccer was the center of Shankly's existence, he was also a staunch socialist who knew as much as the rest of us that soccer was by no means more important than any number of earthly injustices.

Anyhow, I was reminded of Grobbelaar's statement this past weekend while watching FC Cologne's Antony Modeste celebrate his second goal of the day in Sunday's Bundesliga tie with Union Berlin. The goal leveled the scores at 2-2 with five minutes to go, and Modeste -- after his technically admirable glancing backward header - ran to the touchline to embrace various members of the coaching staff. Then he took the trademark flat cap from the head of his coach Steffen Baumgart, perched it on his own head, and performed a festive dance right in front of his boss, who pointedly refused to join in and yelled at his player to get back on to the field and on with the game.

You can understand Baumgart's reaction. His team now had the momentum, and five minutes plus stoppage time to grab the winning goal. Modeste's performance was a distraction, and indeed just a minute later Cologne almost conceded a goal from the very next Berlin attack. The game finished 2-2, and afterwards Baumgart claimed he had no problem with Modeste's exuberance, he was more peeved with the home fans for not having got behind the team when they were 2-1 in arrears.

Take yourself from under the coach's flat cap, though, and you can only delight at this moment of spontaneous levity. The truth is that we all take these games far too seriously, so when there's a moment that raises laughter, or even just a smile, we have to grab that and cherish it. It brought to mind the criticism of the U.S. women's team when they beat Thailand 13-0 at the last World Cup. How dare they take such delight in beating such an inferior team? Yet I was sitting just above their bench that night and found it refreshing to see each goal celebrated not just with zeal, but with so much team spirit and pleasure too.

This is sport. Of course it's about endurance and patience and hard work and skill and merit and endeavor. It's also supposed to be fun. There's so much focus on performance and results nowadays, so much bile directed at those who don't perform to the expectations of over-invested spectators, such a mountainous excess of media micro-analysis, and also a surplus of discussion and superfluous detail relating to peripheral issues that shouldn't be taking up anyone's time right now. And so we forget the reason why we pay to watch these games in the first place. It's our time off, and we want to be entertained, right?

Modeste's short moment of disco-inspired mimicry was also a rare display of individuality. Not that I believe the cliché that today's players lack personality, but they are definitely restricted by their contracts and their clubs from showing it, both on the field and off. There's very little room for goofing around for fear of being labeled unprofessional, and little tolerance of honest opinions that might shake up a club or a league or a Federation. Even on the amateur fields where I referee every weekend, soccer has become an all too deadly earnest affair. Or should that be 'deadening'?

That's all the more reason to hail Modeste for taking a risk, for letting himself go in a felicitous moment that had me gurgling with delight in front of my TV screen. Flat caps and dancing! It's a goal! Let's have fun! (Though not too much fun, in case the VAR cancels it out). Smiles and laughter don't cost a thing. And they're great for the soul and the sport of soccer too. 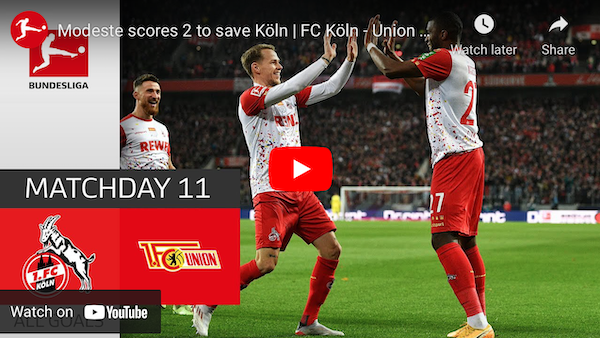