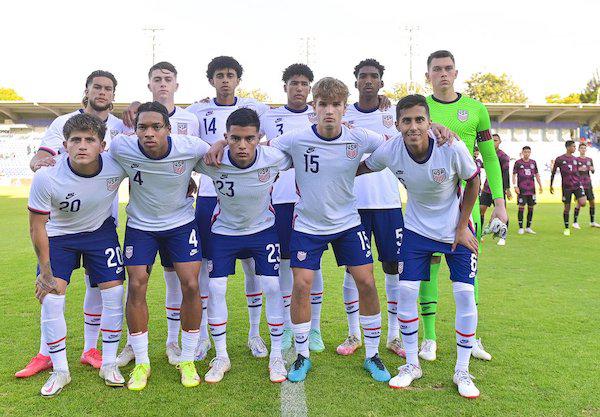 Host Mexico clinched the four-nation U-20 Revelations Cup title by winning a 2-1 thriller over a U.S. team that had rebounded from its 4-0 opening loss to Brazil with a 1-1 tie with Colombia.

Mexico, whose squad included LAFC defender Antonio Leone and forward Christian Torres, and Galaxy forward Jonathan Perez, entered the game after scoreless tie with Colombia and a 2-1 win over Brazil. (Torres and Leone played for the USA at the 2019 Concacaf U-15 Championship and Perez appeared for the U.S. U-16s at the UEFA Development Tournament in Prague).

The tournament marked the first competition for the U.S. U-20s in 22 months and the start of Mikey Varas' tenure as coach. He was appointed less than a week before the tournament kicked off.

The second half of Tuesday's game in Celaya became end-to-end dramatic after 18-year-old Diego Luna of the El Paso Locomotive  slid in to score from a pass by the San Jose Earthquakes' Cade Cowell.

Mexico prevailed thanks to a goal by Monterrey's Ali Avila, who met a low cross by Flores that U.S. keeper Gabriel Slonina got his fingertips on but couldn't deflect to safety.