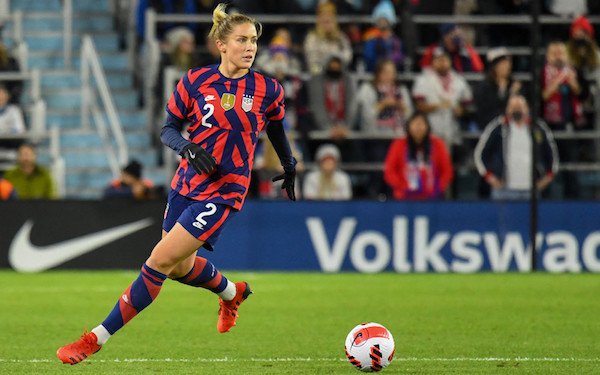 The San Diego Wave has acquired the rights to 28-year-old defender Abby Dahlkemper from the Houston Dash via a three-way trade that included North Carolina Courage for which she played four seasons (2017-20).

Dahlkemper, the 2022 NWSL expansion team's first player signing, was recruited by Wave FC president Jill Ellis to play at UCLA and started for Ellis on the U.S. national team when it won the 2019 Women's World Cup.

"Abby is one of the best centerbacks in the world and a proven winner at the club and international level," said Ellis. "Having coached her with the USA, I know first-hand about the qualities she can bring to a team and a group. We look forward to welcoming her to San Diego and our club."

Dahlkemper spent the first half of 2021 with Manchester City but returned after the season to play for the Dash and be closer to her husband, Aaron Schoenfeld, who played for Austin FC in 2021.

Honors. Dahlkemper won three NWSL championships with the Western New York Flash (2016) and Courage (2018-19) and was named to the Best XI three times. She earned NWSL Defender of the Year honors in 2017.