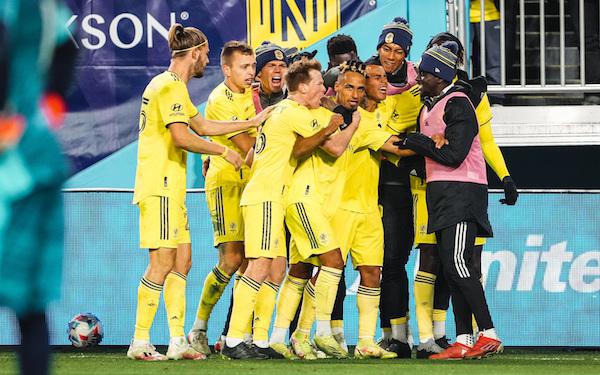 Nashville SC made it 2-for-2, returning to the Eastern Conference semifinals after reaching the same stage of the playoffs in 2020, its first season in MLS.

Nashville SC came back from a goal down after 14 minutes to beat Orlando City, 3-1. It got a pair of goals from leading scorer Hany Mukhtar, and sub Jhonder Cadiz added the third goal late in stoppage time.

The game drew 26,043 fans in what might be the last game at Nissan Stadium before moving into its new 30,000-seat soccer stadium in 2022. With the win, Nashville’s home unbeaten streak was extended to 19 consecutive matches, dating back to the 2020 MLS playoffs.

It finished in a tie with Philadelphia for second place in the Eastern Conference but lost MLS's first tiebreaker, total wins.