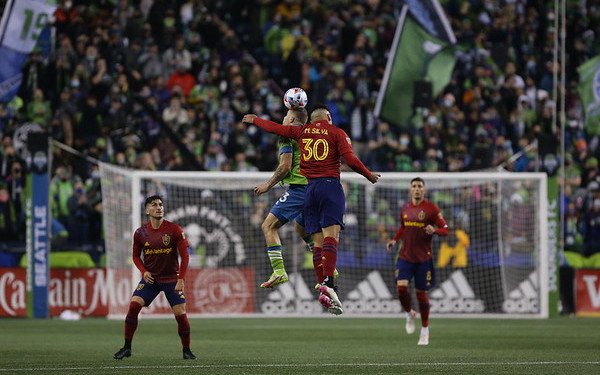 The sixth and final Round One game in the MLS playoffs was an exercise in futility.

Playing before the largest MLS playoff crowd in two years, the Seattle Sounders fired off 21 shots but only managed to put three of them on target and didn't score.

Seattle was beset by injuries all season, and they caught up with them late in the season. The Sounders finished third in the overall standings -- which qualified them for the 2022 Concacaf Champions League -- but failed to win a game following the resumption of MLS play after the October international break.

Raul Ruidiaz, who was coming off a hamstring strain, entered the match at halftime, while Nicolas Lodeiro did not enter the until overtime. Jordan Morris, the Sounders' third 2020 MLS Best XI pick, started his first game of the season after returning from a knee injury while on loan to Swansea City in February.

The truth is, the Sounders did not do enough to win the game. Their best chance came in the 73rd minute when Ruidiaz rattled a volley off the crossbar. Seattle coach Brian Schmetzer said the 21-0 edge in shots and 15-1 edge in corner kicks meant nothing.

"Throw all those stats out the window," he said afterwards. "I didn’t think we had it in the final third. I think we failed at getting it all to mesh."

The loss eliminated the Sounders before the final eight for the first time in 13 MLS seasons and snapped their league-record 15-game playoff winning streak at home.