Realizing the splendor of soccer amid the pain of defeat 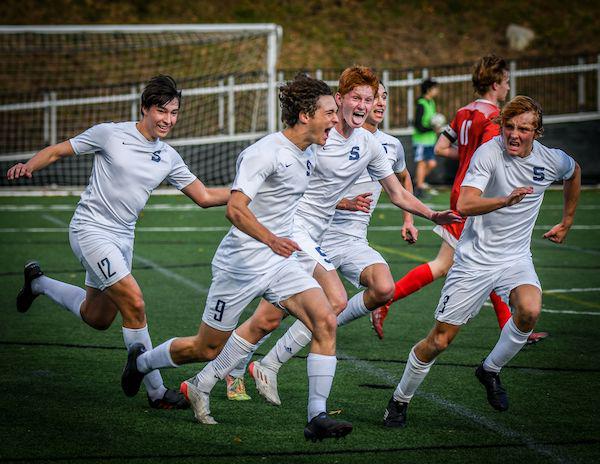 We outshot our state tournament semifinal opponent 17-3. We had nine corner kicks; they had one. But the only statistic that counts is this: Farmington High School 1, Staples High 0.

In the aftermath of the season-ending, crushing defeat, a player turned to me – his coach – and said, “I can’t believe how bad this feels. But I’m graduating. How can you go through this every year?”

He was right. If your team is any good at all, you’ll qualify for a postseason tournament. And unless you’re really, really good – and of course really, really lucky – odds are astronomical you’ll end your season with a loss.

I had no answer for him. Even if I did, I could not have replied. It’s tough to talk through tears.

A soccer team is a special thing. It’s a group of a couple dozen very different individuals. Somehow, over the course of three months – if they and their coach are lucky – they mold themselves into one unit. Everything they do – their training, playing, meals, banter – they do as one.

A soccer team is organic. It evolves over time, taking on the shape and form of its disparate parts -- and becoming more than its sum. It almost lives and breathes on its own.

But a soccer team is ephemeral, too. It exists for one reason -- to grow, mature, fulfill its potential -- and then one day, it’s over. It either reaches its goal, or it doesn’t. Either way: poof! The final whistle blows. Players pile on top of each other in elation, or slump separately wherever they were, racked by defeat. Whatever the result, at that moment the organism begins to die. They’ll be together again -- at a banquet, to hand in uniforms, whatever -- but they’ve already ceased to be the team they were just moments earlier.

There is a similarity to every season. Here in Connecticut, where high school soccer has been a fall sport for nearly a century, we start tryouts in the blazing heat. We form our squads, then battle through the regular season while the leaves turn. Finally, just before Thanksgiving, those leaves have fallen. So has the temperature, and all but one team. 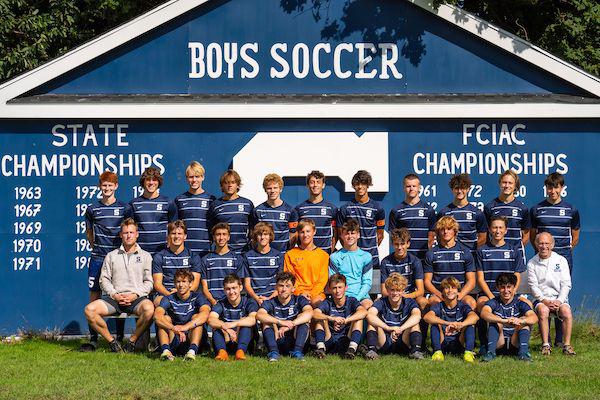 Yet every season is different. New challenges arise. New heroes emerge. New story lines are written. This year was particularly different from last. In 2020, as COVID ravaged the country, we played a truncated schedule, without spectators but with daily symptom checks. We held no pre-game pasta dinners, no post-tournament banquet. It was a sad shadow of a soccer season. Yet we all felt fortunate to have something.

In 2021, things were nearly back to normal. We picked up right where we left off in 2019. We had tryouts, and formed our squad. We set goals, then set out to meet them.

Nothing tangible, that is.

Of course, we had videos: proof that our players could pass, dribble and defend as well as anyone. We had photos of great goals and spectacular saves. We had so much emotion, so many memories. Some will fade; others will endure. It’s hard to explain to teenagers how important all of those are, so in the aftermath of our defeat I did not even try.

On the long bus ride home from our final match, I tried to sort out my own emotions. My heart was empty. I’m as competitive as my players, and falling short of a state title stung.

But my heart was also full. I’d shared three intense months with as talented, passionate, tight, loving and fun group as I’ve ever had. I’d shared a very fulfilling year with them, starting with a meeting at the end of last year’s pandemic-ravaged season. I’d shared nearly four years with our seniors. They’re a few months away from graduation, and though they are ready to head out, I’m still not ready to say goodbye.

Yet they always go. That’s one of the jobs of a high school coach. We do everything we can not only to prepare our players to compete on the field, but to be good, productive and honorable people off it.

Only one team claims the final trophy. All the rest end their season in defeat. Fortunately, the game of life can have more than one winner. Fortunately too, the game of soccer is great preparation for that.

I had no answer when my player asked, “How can you go through this every year?” At some point during that final bus ride home though, I realized what I should have said: “I do it for guys like you.”

high school boys, youth
8 comments about "Realizing the splendor of soccer amid the pain of defeat".
Read more comments >
Next story loading