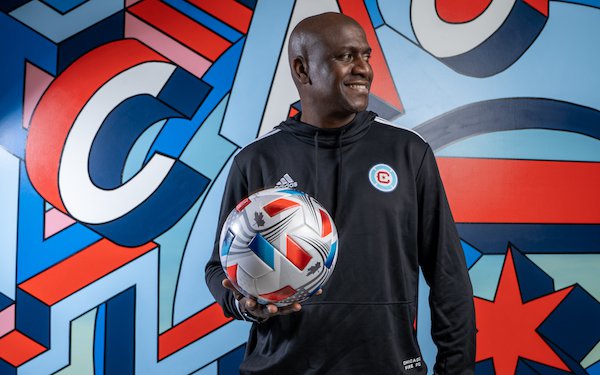 Ezra Hendrickson, who won MLS championships as a player with three different teams and has spent the last 13 years as a coach in MLS organizations, has earned his first MLS head coaching job, taking charge of the Chicago Fire.

Hendrickson moved from St. Vincent & the Grenadines to attend Drake University in 1990 and played for eight pro clubs in a 15-year playing career.

After retiring following the 2008 season with MLS champion Columbus Crew, Hendrickson moved to the Seattle Sounders with Crew head coach Sigi Schmid as an assistant coach under Schmid on the MLS expansion team.

Hendrickson was most recently an assistant coach on the Crew, which won MLS Cup 2020. He replaces Raphael Wicky, who exited after less than two full seasons in charge of the Fire.

Chicago won MLS Cup and the U.S. Open Cup in 1998, its first season, and make the league semifinals in eight of its first 11 seasons. It hasn't won a playoff game since then and has made the postseason only once in the last nine seasons.

Speaking to Fire fans, Hendrickson said in a statement:


“I know that we have a great deal of work ahead of us to get the Club back to its days of MLS dominance. It will not be easy, but I know that your continued support of our Club will be necessary and appreciated by myself, the players and the staff.”