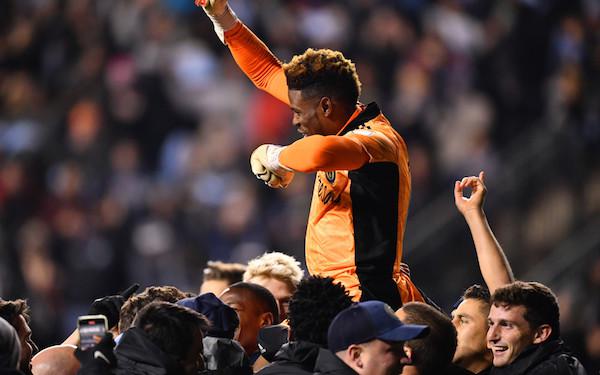 It took a shootout in which Nashville SC missed all four attempts for the Union to advance to the Eastern Conference final for the first time in 12 seasons in the league.

It will play the winner of Tuesday's New England-New York City FC match on Sunday.

Philadelphia coach Jim Curtin admitted afterwards he did not watch the shootout, in which goalkeeper Andre Blake was the hero of the 2-0 victory, which followed a 1-1 tie after regulation and overtime.

"I didn't watch any of the PKs," he said, "but they told me he made two really good saves and two missed the target."

Union defender Jack Elliott was the only shooter in the first five attempts to convert his penalty kick. Forward Sergio Santos missed for the Union in the second round, but 18-year-old sub Jack McGlynn then scored in the third round, sending Nashville SC keeper Joe Willis the wrong way with a stutter-step to give the Union a 2-0 lead.

Nashville SC's fate was sealed after Zimmerman missed high and wide to start the fourth round. He looked in disbelief at the penalty spot while the Union players mobbed Blake.

"I guess the one silver lining," said Zimmerman," is when you all of you miss it, you're kind of like 'Wow, we all sucked together there. That was pretty bad.' It makes it a little bit easier to swallow, almost." 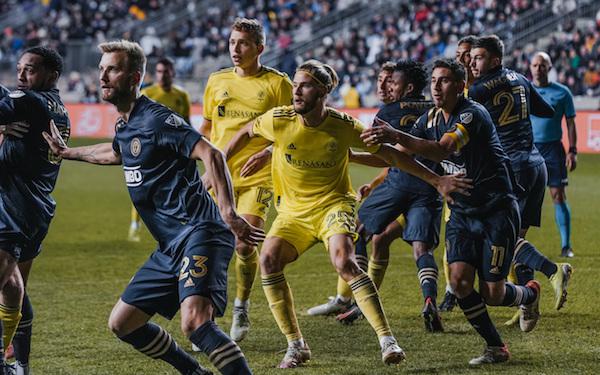 Blake said the first save changed the complexion of the shootout.

“That kind of gave me some momentum," he said, "gave my teammates some confidence and definitely put the opposite team under some pressure. That was a very crucial save and making the second one, I think after that they were really nervous and didn't know what to do.”

Curtin could tell from the reaction of the Union crowd -- the largest since September 2019 -- after each attempt that Nashville SC missed.

“You almost knew the third and fourth were going to be a miss because it built so much pressure," he said. "And that's where home-field advantage does come in, shooting in front of the river end isn't easy. By Andre making the first save, it really puts the pressure on their group.”