Fred Lipka on MLS Next: The quest to deliver high-level youth competition with a sense of community 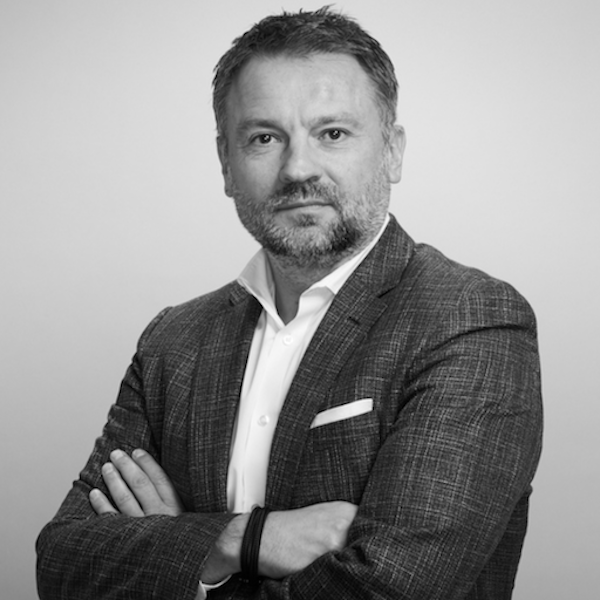 A decade ago, if asked who he’d root for if the USA played France in the World Cup, Fred Lipka wouldn’t have skipped a beat. Now he says:

“Tough question! I'm French, but I want badly for the USA to win because it would mean we all did a great job. Next question. I need to sleep on it.”

Nine years ago, Lipka, the former academy director of Le Havre and Racing Club, was enlisted by MLS to serve as liaison with the French soccer federation (FFF) on a coaching education a partnership that sent coaching staff from all 19 MLS clubs to its famed Clairefontaine national training facility to embark on a 16-month youth development course developed by the FFF. Lipka would also visit each MLS club to review its youth academy and help guide the candidates through the sessions to obtain their "Elite Formation Coaching License."

Did he imagine back then he’d one day be working full time in the USA guiding a national youth league?

“Absolutely not,” he says. “I was focused on learning to speak English, supporting the coaches, and trying to understand soccer in the USA.”

But after a couple years of working as a consultant, Lipka was hired by MLS to serve as Technical Director of Youth Development, in 2015. His work with MLS, which will field 28 clubs in 2022, took on a new and far-reaching dimension in April of 2020. MLS had stepped into to provide a replacement for the Boys Development Academy after U.S. Soccer abruptly pulled the plug on the DA when COVID interrupted its 13th season.

The FFF partnership continues – 80 coaches have been through it, 60 have graduated, and Lipka accompanied the latest class when it convened at Inter Miami last week. And in middle of MLS Next’s second season he reflected on how much he learned by those he was helping teach when he linked with MLS in 2012.

“I was fortunate to work with great learners, coaches and leaders,” he says. “They may not know, but they helped me a lot. … It was a real adventure with trailblazers. Luchi Gonzales, Marc Nicholls, Greg Vanney, Chris Leitch, Wilfried Nancy, Freddy Juarez, Nolan Sheldon, Jovan Kirovski were among the guys participating in the first program.”

MLS Next is comprised of 133 clubs, 590 teams and more than 12,000 players in the USA and Canada. The MLS Next Fest Showcase takes place Dec. 3-7 in at SilverLakes Sports Complex in Norco, California. 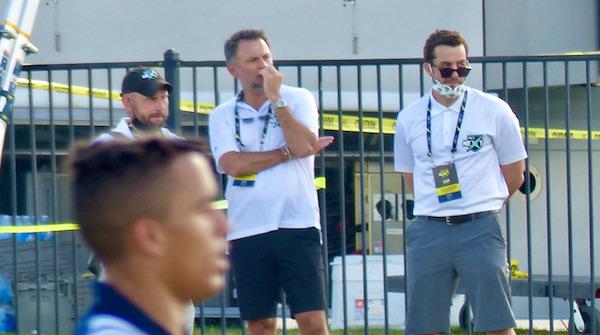 SOCCER AMERICA: What's your favorite part of the job?

FRED LIPKA: I'm enjoying leading, guiding people and being useful. Working with committed, motivated people is also something tremendously important for me. Managing competition is not my field but we are useful for our clubs and players. Having an impact on a country and our environment is something which fulfills me for now. My expertise is more in coaching education, coaching, and leading high-level performance soccer, organization and structure.

SOCCER AMERICA: Since MLS Next launched, have you made any observations or discoveries about the American youth game that make you more optimistic about the potential of the USA as a world soccer power?

FRED LIPKA: There's no country which is perfect in terms of development. It doesn't exist. You work with what you’ve got and try to improve it. What I discovered is that Americans shouldn't have a complex of inferiority with the best nations, but should respect every single nation as well. Soccer is everywhere and some small countries work very well and have histories of competing successfully. The USA and Canada, MLS, and the whole country has gained respect of everyone based on the progress of our league and players we develop and sold in Europe, but also because of the results of the U.S. men's national team. The U.S. women already got this credit. U.S. soccer players are taken very seriously and have the respect from all best soccer nations.

SA: Your job now requires concern for non-MLS factions in the American soccer. ...

FRED LIPKA: I think I have a good understanding of grassroots, college, parents and players' needs in North America, and I'm in touch with all constituents. Improving soccer and MLS requires a global understanding and systemic approach because there's not only one issue to solve. There are many, and some of them are outside of MLS and all are interrelated and interdependent. If you work in a silo, you can improve but not solve or find the maximum efficiency. That being said, I'm mostly focused on MLS to avoid watering down our impact.

MLS Next is a strategic project to develop players and lead the country. Someone has to do it. You cannot say it's crucial and run away. You have to do it, pure and simple.

There are four pillars that are crucial to develop world-class players:

Coaching Education: The best players need the best coaches. Environment: standards, facilities, school-system adapted to soccer. Scouting, identification and recruitment: putting the best players -- the players with the most potential -- in best environment. Competition: the best against the best with quality of play.

SA: Obviously MLS Next season 1 had major restrictions because of the pandemic. Now in season 2,  are all the clubs getting the 30 games they were promised? When this season kicked off I heard from some clubs whose schedules fell short of that.

FRED LIPKA: There are regions where we've had some challenges to deliver because of the distances between clubs. Especially two regions. Frontier, which links Texas and Colorado, and Northwest, because you've got Northern California, Seattle, Portland ...

But we came up with an approach to add more games. Especially in Northern California, we added games between California clubs to supplement the schedule to achieve the amount of 30 games we targeted. Adding games could be local rivalries. This season, because of Covid and travel challenges we had to add to the original schedule. Next season it will be clearer and more established from the beginning.

SA: When teams have breaks in their MLS Next schedule, can they take part outside competition?

FRED LIPKA: They can, but it has to be approved. For example, [last week] there was the Copa Rayados tournament in the Houston area in which MLS Next clubs competed.

They have to make us aware. We have a list of approved tournaments that can supplement what they're doing. We check the standard. We want to avoid, for example, a team to playing too many games in a weekend. We want to prevent overloading players, to avoid injury, to give priority to not only to quantity but the quality.

But all clubs can schedule friendly games. We don't look at that. That's their own choice. 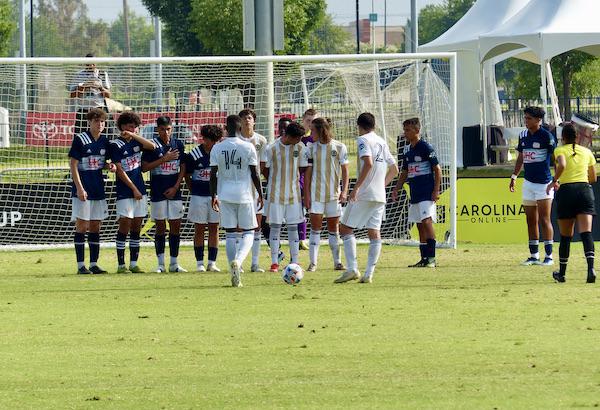 SA: On the MLS Next web site with schedules, results and standings, there are references to League, Inter-League, League (Elite Player Pathway) and League (Pro Player Pathway). What’s the difference?

FRED LIPKA: At U15 and U17 competition, League [Pro Player Pathway] is when MLS clubs play each other, and Inter-League is when MLS teams compete against non-MLS clubs. At end of the regular season, the best of each group -- you can be champion in your league, MLS or non-MLS, or champion in your Inter-League, and reach the MLS Next Cup Playoffs to compete to be champion.

(Editor’s note: 32 teams per age group – U15, U16, U17, U19 – qualify for the MLS Next Cup Playoffs. • At U15 and U17, eight MLS teams qualify from MLS Academy League, eight non-MLS clubs from Elite Academy League, and 16 teams (MLS and non-MLS) from Inter-League play round out the 32. • At U16 and U19, from the League standings, 16 MLS and non-MLS teams qualify, and another 16 MLS and non-MLS qualify from Inter-League. • Teams that don’t qualify for the playoffs take part in the season-end MLS Next Cup Showcase, an optional event for U13 and U14.)

SA: Does a team’s performances this season affect their schedules next season?

FRED LIPKA: No. We don't have a tier competition, it's regional.

SA: And can you address concerns from non-MLS clubs about not getting enough matchups against MLS clubs?

FRED LIPKA: The best will arrive to the playoffs, whether they are MLS or non-MLS clubs. The more you succeed the more potential you have to play more games against MLS teams.

SA: How confident are you that MLS Next youth clubs are satisfied with the direction of the league?

FRED LIPKA: We are pleased about we've accomplished. It was an unexpected project that we took on with a stretched staff during a pandemic that had to deliver under a high-level of pressure. We've added staff and also launched the MLS Match Evaluator Program [former and current MLS players assessing young talent]. We were able to host a national event at the end of our first season and are looking forward to the MLS Next Fest -- highly competitive games, but delivered in a friendly atmosphere that will contribute to our quest of creating a MLS Next sense of community.

The MLS Next Fest checks a lot of boxes by creating one event in the midseason that gathers all of our clubs in one place.  The games will be scouted by the U.S. national team staff and more than a dozen MLS Next Match Evaluators. It also creates a great opportunity for college recruitment, which we want to offer to our players, families and clubs because we know that is also pathway that's important to them. There will “Fest Best Of” games for U-16s and U-19s, with a selection of players highly recommended by match evaluators, for another opportunity for players in front of national team scouts and college coaches.

We have tried our best to get feedback from our clubs and will continue to do so. The first two seasons have been difficult, but going into our third season I'm confident our clubs will not be faced with the uncertainties the challenges of the first two seasons created. Our staff is very dedicated to player development and to making our league and country proud.

mls, youth
10 comments about "Fred Lipka on MLS Next: The quest to deliver high-level youth competition with a sense of community".
Read more comments >
Next story loading