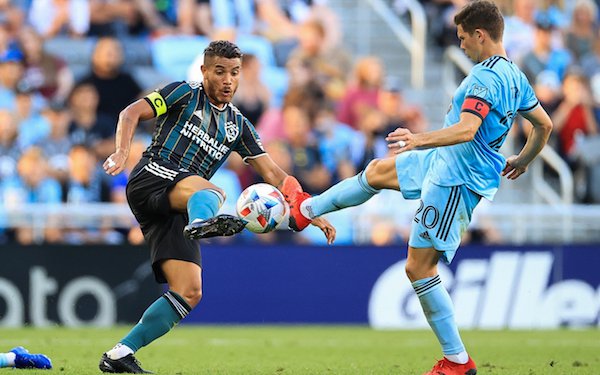 Mexican midfielder Jonathan dos Santos won't be back with the LA Galaxy.

The 31-year-old Dos Santos is out of contract and won't be offered a new contract.

He joined older brother Giovani on the Galaxy in 2017 and played five seasons in MLS, appearing in 103 regular-season matches. During that span, the Galaxy made the playoffs only once, losing to LAFC in the 2019 Western Conference semifinals.

In 2018 and 2021, the Galaxy was eliminated from the playoffs on the final day of the season. Giovani returned to Mexico to play for Club America in 2019.

Jonathan dos Santos representen Mexico at the 2018 World Cup in Russia and scored the winning goal when Mexico beat the USA, 1-0, in the 2019 Gold Cup final.

Veteran midfielders Sacha Kljestan (out of contract) and Victor Vazquez (contract option declined) are both in discussions with the Galaxy about returning in 2022.