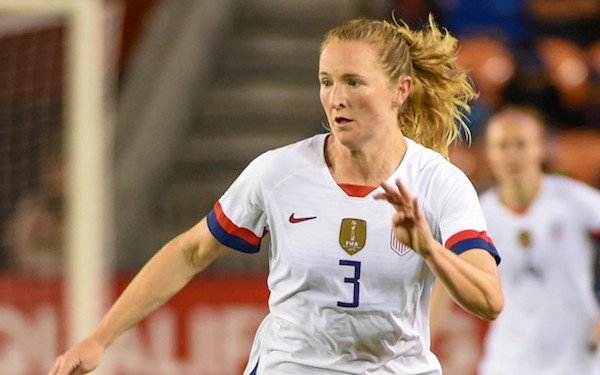 Six months after her return from Manchester City to the North Carolina Courage, U.S. national team star Sam Mewis is on the move again.

The Kansas City Current, which played its first season in the NWSL in 2021, acquired Mewis in a trade with the Courage for defender Kiki Pickett and the Current’s natural first-round pick in the 2022 NWSL Draft.

The Courage will obtain the discovery rights of Malia Berkely from the Current in exchange for the Courage’s natural first round pick in the draft. Berkely, a Hermann Trophy finalist, left Florida State in January to sign with Bordeaux in France.

Mewis is one of the most decorated players in NWSL history, winning three titles with the Western New York Flash in 2016 and Courage in 2018 and 2019 and three Shields with the Courage (2017-19). She scored the first goal when Manchester City defeated Everton, 3-1, to win the 2020 English FA Cup.

Mewis, who turned pro out of UCLA in 2015, was named to NWSL Best XI in 2017 when she solidified her position on the U.S. national team. She started six games en route to its 2019 World Cup title.

“Sam Mewis has proven herself as one of the best soccer players in the world,” said Current co-owner Angie Long. “It’s not a coincidence that everywhere she’s played throughout her career, titles have followed. She’s a leader on and off the field and we are thrilled to have her join the Current as a key contributor to help bring NWSL championships to Kansas City.”