MLS Playoffs: Record-setting Revs ousted by NYCFC in a shootout 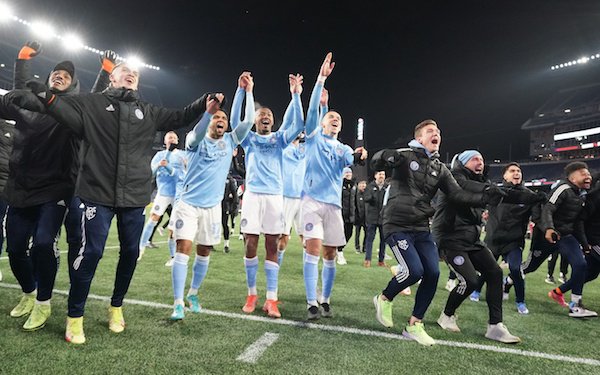 Before and after that, the Seattle Sounders and Sporting KC fell to Real Salt Lake, leaving the New England Revolution, the 2021 Supporters’ Shield winner with a record 73 points, as the only team still alive among MLS's top four finishers in the overall standings.

And on Tuesday, the Revs were ousted in their first game, falling to New York City FC in a shootout, 5-3, after their match ended in a 2-2 tie.

Never in MLS's 26 seasons have the top four teams in the overall standings failed to reach the conference finals.

The Revolution's exit before 25,509 fans who braved temperatures in the low 30s will sting. It struggled to gain command after a 23-day layoff due the international break and a bye week as the Eastern Conference's No. 1 seed. NYCFC controlled the midfield and could have won the game in regulation.

Twice, New England went behind, in the 3rd minute and 110th minute, but within minutes it equalized. The tying goal in overtime came after 2021 MLS Golden Boot winner Valentin Castellanos, who scored the second go-ahead goal for NYCFC, was sent off in the 113th minute for his second yellow card of the game. In his final game before moving to Belgium's Club Brugge,  Canadian Tajon Buchanan equalized in the 118th minute on a pass from Emmanuel Boateng. 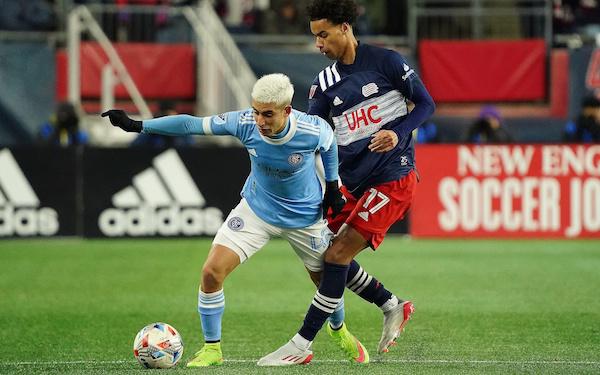 “We fell behind a goal, obviously," said Revs coach Bruce Arena. "We had to get a goal back, got it, and had a few chances at the end to win it in the second overtime. And then penalty kicks are penalty kicks. It can go either way, you know.”

NYCFC made all five of its penalty kicks while the Revs missed one in a battle of U.S. national team goalkeepers Matt Turner and Sean Johnson. In the second round, NYCFC's Johnson dove and stopped Polish international Adam Buksa's shot.

“Well, these things happen," said Arena. "One team walks off the field for tonight winning and one loses. You don’t feel good about it, but that’s the reality of the situation. I think our guys gave a great effort, as did our opponent. It was a very competitive game tonight and give New York City credit for winning it.”

Arena said anyone who didn't view the season as a success despite the Revs' failure to win their first MLS Cup needed to have their head examined.

“It was good," he said. "We had a very good year, and you could argue that maybe we played a little bit in over our heads. I think it was a good year. We don’t have the best roster in the league. It’s got to get a little bit better, for sure. But I think, if you look at the year on the whole, it was a really good year. Certainly, we would’ve liked to have won the MLS Cup, but you know, those things happen when you get into the postseason with single elimination."

For the fourth year in a row, the Supporters' Shield winner didn't advance to MLS Cup. The New York Red Bulls and LAFC set single-season points records in 2018 and 2019 but lost in the playoffs. And in 2020, Philadelphia also exited in its first game in the playoffs -- to New England.

Afterward, Arena, the oldest coach in MLS history at the age of 70, said he hasn't given any thought about his future:

"We’ll see what makes sense Every day I coach is sort of a blessing. If it ends today, it ends today. It’s not the end of the world. I’m really comfortable with the number of years I’ve been able to coach, and we’ll see if it continues. We’ll see what makes sense. We’ll think about it a little bit, let the owners think about it a little bit, and then we all move forward.”