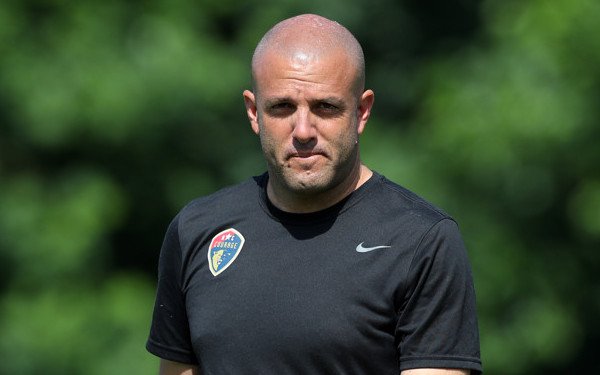 Sean Nahas, who served as interim coach following the dismissal of head coach Paul Riley on Sept. 30,  has been named the North Carolina Courage head coach.

Nahas has been with the Courage first team since 2017, working as an assistant coach following the team's move from Western New York. In its first three seasons, the Courage won two NWSL championships and three NWSL Shields as the regular-season winner.

Nahas, the director of the North Carolina Courage Girls Development Academy since 2004, worked with the U.S. U-20 national team in the 2016 Under-20 Women's World Cup in Papua New Guinea. His brother, Damon, is the associate head coach at the University of North Carolina.

“To be asked to be the next Courage head coach, here in my hometown,” Nahas said, "and to work with these amazing women has made me both humbled and honored."

His name had been mentioned earlier in the year as a top candidate for the Angel City FC job.

Riley, who had coached the Flash to the 2016 NWSL title before moving to the Courage, was fired after the publication of The Athletic report in which two players whom he coached earlier in his pro career alleged he committed sexual coercion and other misconduct. The Riley allegations were the latest revelations of abuse among NWSL coaches and prompted the resignation of NWSL commissioner Lisa Baird.

The Courage finished sixth in the NWSL to qualify for the expanded 2021 playoffs. It lost to the eventual champion Washington Spirit, 1-0, in the quarterfinals.

On Tuesday, the Courage traded star Sam Mewis to Kansas City. In the last year, two other U.S. national team starters, Crystal Dunn and Abby Dahlkemper, were traded by the Courage.

Two Courage players -- Casey Murphy and Lynn Williams -- started for the USA in its recent two-game series at Australia.