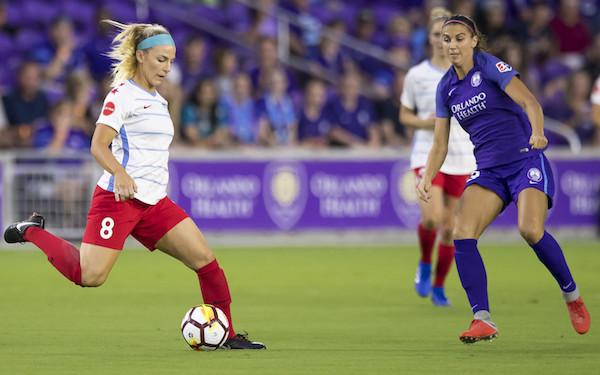 After eight years with the Chicago Red Stars, U.S. national team star Julie Ertz is on the move.

She was one of six players traded to NWSL expansion teams Angel City FC and San Diego Wave in moves to receive roster protection ahead of the Expansion Draft on Dec. 16 or to accommodate requests for players to play closer to home or both.

They come less than two weeks after Rory Dames, the Red Stars' only coach in nine NWSL seasons, resigned hours before a Washington Post story alleging a history of verbal and emotional abuse.

Ertz played 100 regular-season games in her first six NWSL seasons. She was injured in the opening game of the 2021 season and didn't play for the Red Stars after that. (She returned to play for the USA in the Tokyo Olympics.) Gorden played every minute of the 2021 season for Chicago, which returned to the playoffs for a record sixth straight season and lost to Washington, 2-1, in the 2021 championship game.

The Red Stars also traded Californians Katie Johnson and Makenzy Doniak to the Wave as well as rights to 2021 Red Stars draft pick Kelsey Turnbow, who is playing for Santa Clara University in the Women's College Cup in exchange for roster protection from San Diego in the Expansion Draft plus allocation money.

In a third deal, the Red Stars agreed traded Nicole Stanton to OL Reign for a third-round pick in the 2022 NWSL Draft.