Teenager Jack McGlynn on his role in Philly's playoff quest, his move from Queens and the U.S. U-20s' big 2022 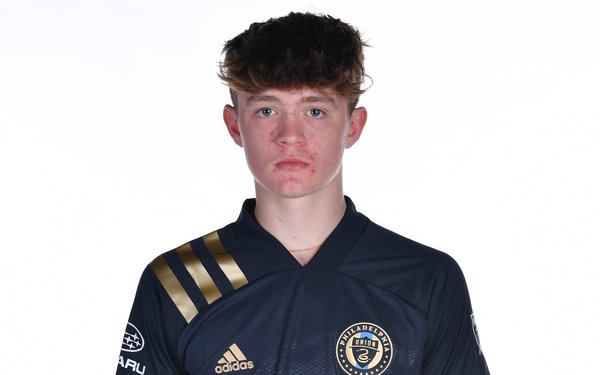 On Sunday, the Philadelphia Union will host New York City FC in the Eastern Conference final and it will mark the furthest the club has ever advanced in its history. Following the sales last January of two Best XI players and U.S internationals in Brenden Aaronson and Mark McKenzie, few expected the Union to be as good as the 2020 team that won the Supporters Shield. Last weekend, Philadelphia advanced to the final when it outlasted Nashville on penalties following a 1-1 draw.

The winning kick was scored by Jack McGlynn and the victory was sealed when Walker Zimmerman missed the target right after.

McGlynn, 18, is the latest Philadelphia Union youngster to contribute to first team’s success and the club’s academy is now seen, along with FC Dallas, to be among the best in the country. Along with Paxten Aaronson and Quinn Sullivan, he is one of three prominent homegrown academy products, all teenagers, to contribute to the Union’s success in 2021.

In the win over Nashville, head coach Jim Curtin subbed McGlynn into the game in the 105th minute of a riveting back and forth match. It was his 21st appearance of the season to go along with seven starts. Then when penalties started, McGlynn was the one who wanted to take it during a decisive moment.

"When you're just warming up, you always got to be ready to come in, no matter what," McGlynn told Soccer America. "So I was just always ready and mentally preparing to come in and then just make an impact when I was on the field. And that's it -- and try to get us a goal. I was very confident because I practice penalties basically every day after training. So I'm very confident my ability to score a penalty." 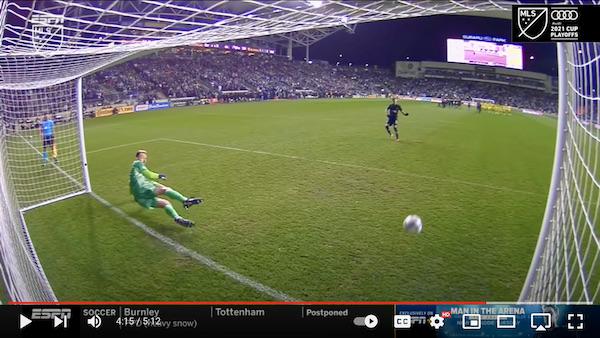 Afterward, Curtin didn’t mince words when speaking to the media. His key point was that in situations like this, you have to select your penalty takers sometimes based on who wants to take it the most, regardless of age.

In this case, McGlynn took the kick because he was the one who wanted it the most. “For him to step up in that moment, there's a word for it that I won't use on the press conference, but he has brass ones,” Curtin said. “He stepped up in a big spot in a full stadium in an elimination game and calmly goes about it like it's nothing.”

The Union’s inaugural season was in 2010 and the club struggled for most of its first decade. It wasn’t until 2019 when the team won its first playoff game. Over the past five years, however, the team began to change its identity. It invested heavily in an academy and bridged the gap with an organized USL team.

As the academy began to produce top young players like Aaronson and McKenzie, the team made a series of smart and affordable acquisitions for veteran leadership -- led by captain and former U.S. World Cup midfielder Alejandro Bedoya.

McGlynn and the other young players know their role well and are there to both learn and supply energy.

"For young players, our job just bring the energy both on and off the field,” McGlynn said. “Learn from the veterans on and off the field. They're just they help us out a lot and just the team chemistry is very high right now. I just think as a group, well, we're all ready to win the cup." 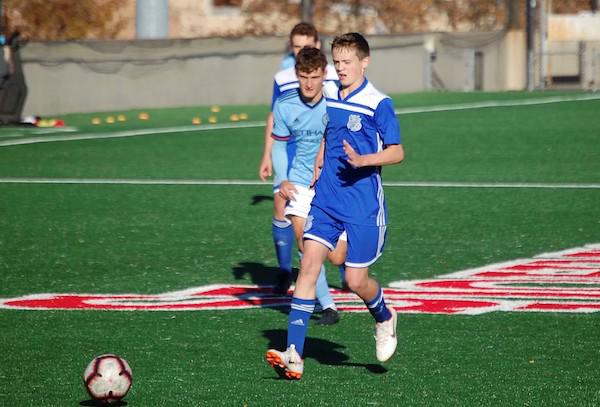 Unlike most of the Union’s other top young players, McGlynn is not from the Philadelphia area. He was born and raised in the borough of Queens in New York City where he developed at the prestigious BW Gottschee Academy. He was later drawn to Philadelphia because of its pathway – at a time when Aaronson and McKenzie were making significant inroads into the first team via a similar path.

McGlynn first steps with the Union was the 2019-20 academy season where he scored seven goals playing his typical central midfield position. At the start of the 2020 USL season, he signed for the Philadelphia Union II. Then in August, shortly after play resumed from the COVID shutdown, he signed a first-team homegrown contract that would go into effect to begin the 2021 season.

"For me, it had to do with the residency program and having a USL team,” McGlynn said of his reasons to sign for Philadelphia. “I could get an opportunity to play at a professional level at a young age because going straight from academy to MLS is rare. Having the USL team, having residency, that's what drew me here. With the USL team first, I got to play a whole season there and then here in MLS. They trust the youth. They're so just getting a lot of these opportunities helps you out a lot."

"Obviously, Jim is an excellent coach, and an excellent role model,” he said of Curtin, who is in his eighth season as head coach. “He gives the young guys a lot of opportunities, which just gives us a lot of trust. He has a lot of trust in us, so it gives us confidence when we step on the field to try new things."

These are important times for McGlynn and the other Philadelphia Union young players. In addition to being in the Eastern Conference final and having the chance to be a league champion as a teenager, 2022 is shaping up to being an even bigger year.

Next season, the young players will likely see their minutes increase as Curtin will likely look to give them more responsibility, as he did when McKenzie and Aaronson hit their third and second years with the first team. In addition, McGlynn, Paxten Aaronson (the younger brother of Brenden), and Sullivan are all likely to be key parts of the United States U-20 team. The trio recently took part in the U-20 team’s first camp of the cycle at the Revelations Cup – which began just two days after the U.S. hired new coach Mikey Varas.

Next summer the team will take part in a critical tournament that will serve as qualifying for both the 2023 U-20 World Cup and the 2024 Olympic games with the latter being a tournament the men’s side hasn’t qualified for since 2008.

McGlynn enjoyed the team’s first camp of the cycle and believes that once the team has the time to gel and prepare, it should be a very good team.

"It's a big priority,” McGlynn said of the U-20 team. “It's an honor to get called up with me, Paxten, and Quinn - all three of us. It was great being there. The coach there, I like him a lot. He didn't have a lot of time to prepare. But I think as we go on as a group, we're going to be a very good team."

"It's just one simple goal -- that is to qualify,” he added of ending the Olympic drought. “There's no other way around it. We just we have to qualify no matter what."

But before that, there are still massively important games in 2021 and that begins on Sunday when Philadelphia will look to book a place in MLS Cup – and perhaps even host the final should Real Salt Lake defeat Portland in the Western Conference final.

Philadelphia sports fans are rabid whenever any of the city’s teams are pushing for a title. For McGlynn, this is his first experience, but driving through the city on the way to practice – he gets the sense that this is a special time for him, the club, and the city.

“The fans are great,” McGlynn said optimistically ahead of Sunday. “You see banners all around Philadelphia. The fans are supporting us. So as players, we all see that -- and it helps us on the field.”