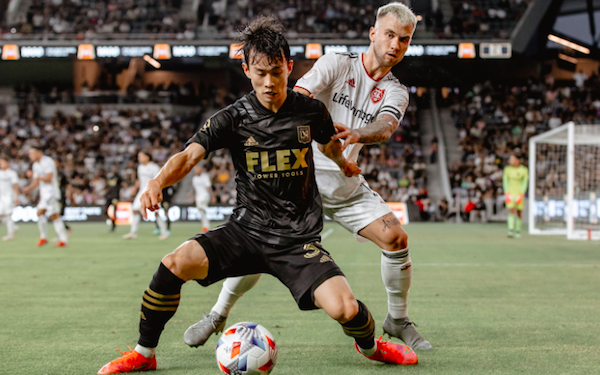 One of the remarkable things about No. 7 seed Real Salt Lake's wins on the road at No. 2 Seattle and No. 3 Sporting KC is that it did it without its captain and playmaker, Albert Rusnak.

That will change in Saturday's Western Conference final at Portland, where Rusnak will play for RSL for the first time since Nov. 7.

The 27-year-old Slovakian international finished the regular season on a roll with four goals in his last four games, but he missed the first two playoff games after testing positive for Covid-19.

Twenty months after the Covid-19 pandemic first hit and caused MLS to pause league play for five months, it is still playing havoc with teams.

The most concerning situation: Philadelphia Union coach Jim Curtin revealed on Friday his team was unable to train on Thursday with several players in health and safety protocols due to Covid-19.

Philadelphia hosts New York City FC on Sunday in Eastern Conference final, but Curtin doesn't yet know who will be available to play.

“We were able to return to practice today,” Curtin said. “We hope to have as many players available as possible for our game against NYCFC.”

Please believe me when I say this is not how I want to spend my day. But alas
Left to right, Gazdag, paxten, Harriel, Fontana, McGlynn (ball near head), not sure whose foot is on the ball, Mbaizo, Sullivan I think (ball in hand), Jamiro far right pic.twitter.com/FRLfqjI92c

Union starters Jamiro Monteiro and Olivier Mbaizo both missed the opening playoff game against the New York Red Bulls due to MLS health and safety protocols. Mbaizo was again absent for the conference semifinals against Nashville SC but returned to practice this week.

Other playoff teams have been impacted by Covid-19. Seattle defender Nouhou entered MLS health and safety protocols ahead of the Sounders' match against RSL, which it lost in a shootout. Minnesota United keeper Tyler Miller was unable to play in the Loons' 3-1 loss at Portland.

Rusnak is ready to face the Timbers.

"I feel perfect," he said on Thursday. "I feel like I had a week holiday or something. It's not like I was injured, there isn't a muscle or a certain part of my body to be careful about. I had two sessions so far, I feel perfect physically."