Jim Curtin: 'We will make our fans proud' 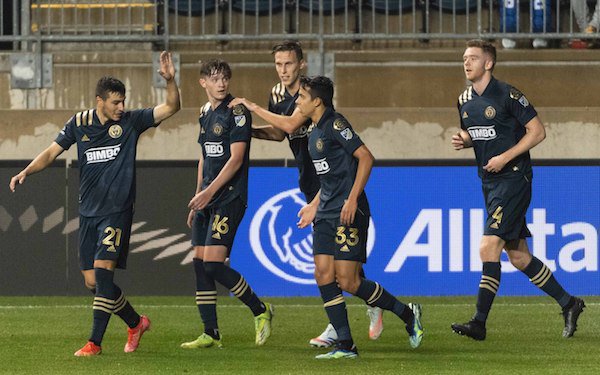 On the eve of the Eastern Conference final against New York City FC, the host Philadelphia Union confirmed it had 11 players out due to MLS’s health and safety protocols.

The three others are Ilsinho, who also dressed against Nashville SC, goalkeeper Joe Bendik and Quinn Sullivan.

News of concerns about the Union situation emerged on Friday when Union head coach Jim Curtin revealed his team was unable to train on Thursday with several players in health and safety protocols due to Covid-19 and he did not yet know who would be available to play.

“We were able to return to practice today,” Curtin said. “We hope to have as many players available as possible for our game against NYCFC.”

Union starters Jamiro Monteiro and Olivier Mbaizo both missed the opening playoff game against the New York Red Bulls due to MLS health and safety protocols. Mbaizo was again absent for the conference semifinals against Nashville SC but returned to practice this week. In his absence, Powell started the two playoff games.

Due to the absences, the Union was allowed to add three players to its roster: goalkeeper Greg Ranjitsingh and defenders Brandan Craig and Anton Sorenson. Ranjitsingh is the MLS pool goalkeeper, while Craig, 17, and Sorenson, 18, agreed to short-term deals due to Extreme Hardships.

“We’ve had a next-man-up mentality all season long and we will continue to do that,” Curtin said. “We will make our fans proud. If history has shown us anything, it’s that a group of men, or a group of women, with absolutely nothing to lose, can often times be the most dangerous.”

It is not clear how many of the players tested positive for Covid-19. There are many other reasons players could be placed in MLS’s health and safety protocols other than a positive test.

The number of absences is the most by an MLS club since FC Dallas and Nashville SC were both forced to withdraw from the MLS is Back Tournament in July 2020.

NYCFC won't be at full strength for the conference final.  Anton Tinnerholm and Keaton Parks are out for the season with injuries. Midfielder James Sands left NYCFC's game at New England in the 82nd minute, and MLS Golden Ball winner Taty Castellanos is suspended after being sent off late in overtime.