Jesse Marsch is out as RB Leipzig coach 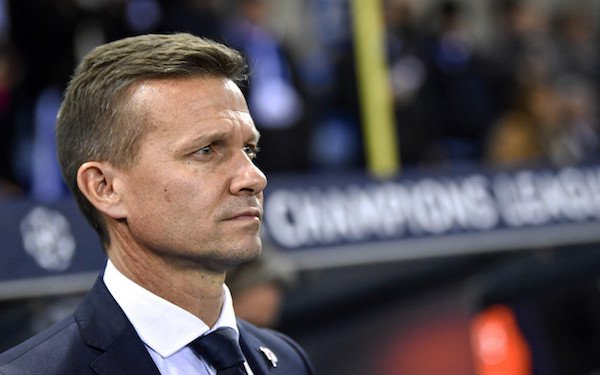 Early on Sunday, RB Leipzig confirmed that Jesse Marsch was removed as head coach after only five months on the job.

The 48-year-old American spent the 2018-19 season as an assistant coach at RB Leipzig before taking charge of Red Bull Salzburg, where he won two league titles and two cup titles in two seasons in Austria.

He returned to Leipzig this summer following the departure of young head coach Julian Nagelsmann for Bayern Munich. Leipzig reached the semifinals of the UEFA Champions League in 2020 and finished second in the Bundesliga in 2021.

Under Marsch, Leipzig was eliminated from the Champions League after four games in the group stage and dropped to 11th place in the Bundesliga after a 2-1 loss to Union Berlin on Friday night, its third straight defeat. He was not at the game after contracting Covid 19. After the match, Oliver Mintzlaff, the head of soccer at Red Bull, described the result as "catastrophic."

Mintzlaff said on Sunday the decision to fire Marsch was not an easy one. Marsch coached the Montreal Impact for one season in MLS but drew interest from Red Bull after his success with the New York Red Bulls, who won the Supporters' Shield in 2015 and again in 2018 after he left.

“It is a shame that things did not work out," said Mintzlaff, "as we had hoped with this setup, and that this step has now become necessary. Unfortunately, the development we were hoping for and the results needed to achieve our goals for the season have not been achieved."

The players whom Marsch had at Leipzig included U.S. national team midfielder Tyler Adams, whom he developed at the Red Bulls. Adams went the distance at Union Berlin but has been in and out of the starting lineup in recent months after starting the season as an automatic choice.