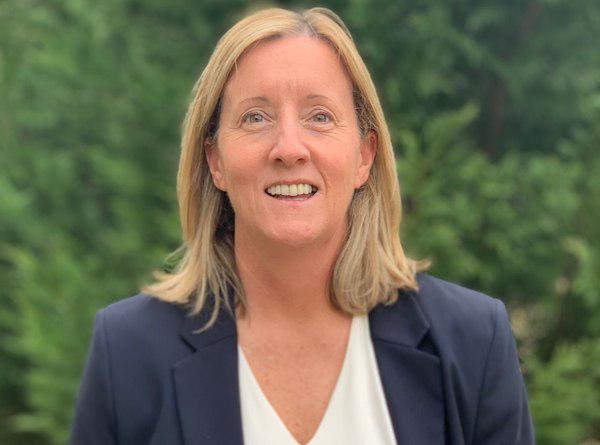 It’s a coach’s dream: Your team wins its NCAA tournament semifinal match. You are one game away from a Division III national championship.

All four D-III semis -- men’s and women’s -- are played on the same day, at the same site. Because yours was the last one scheduled -- and preceding games went to overtime, even penalty kicks -- you don’t get off the field until nearly midnight.

Your players still must eat, get back to the hotel, come down from their adrenaline high, sleep, and prepare for the finals. Which -- because this is Division III -- is less than 24 hours away. That’s been the case for years. Trish Hughes says it’s unhealthy, dangerous, and flies in the face of the NCAA’s stated commitment to student-athletes -- and its own science too. She’s trying to do something about it.

In March, Hughes was named United Soccer Coaches’ college programs officer, succeeding Rob Kehoe, who held the position the last 12 years. She brought experience at many levels -- including athletic director and coach at Division I, II and III schools -- and turned her attention to support professional development of all the coaches her organization serves.

But with over 400 men’s and 400 women’s programs, Division III makes up the largest college soccer group. In many ways, they’re the most underserved too. Hughes has an idea.

As part of United Soccer Coaches’ mission to support all members, CEO Lynn Berling-Manuel agreed to cover an extra day’s hotel and meals for all eight semifinal teams. The cost: $20,000. The NCAA said no.

So the 2021 D-III national tournament was played last weekend in Greensboro, North Carolina, on consecutive days. (Meanwhile, the Division I women had two rest days. One more than usual as the NCAA accommodated BYU's refusal to play on a Sunday.) Christopher Newport lifted the D-III women's title with a 2-0 win over TCNJ in the final after 1-0 semifinal wins over Loras and Wesleyan, respectively. In men's D-III, all three games within two days went to overtime. Connecticut College beat Amherst in the final on a shootout after a 1-1 tie. In the semifinals, Connecticut College beat Washington & Lee, 2-1, and Amherst prevailed 1-0 over UChicago.

“This is not an indulgence. It’s common sense,” Hughes says. “The NCAA holds coaches to high standards of professionalism. They say that student-athletes are paramount. When the national anthem is played before a final, there’s no difference if it’s a D-I or a D-III player standing there. This issue is not going away. We’ll continue to advocate for this group of awesome athletes and coaches.”

She has been heartened by the reaction to United Soccer Coaches’ proposal and offer. Many D-I coaches have lent their support, she says.

Hughes is excited about other D-III initiatives too. She’s brought guest speakers to a monthly virtual mentoring program for young female coaches. They discuss issues like leadership, self-care, the law, and how to relate to a new generation of athletes. “We have to stop the bleed of young women coaches walking away from the game,” she says.

Some of Hughes’ work transcends divisions. The NCAA’s new policy allowing student-athletes to benefit from their name, image and likeness has “opened a Pandora’s box,” she says -- particularly in D-I.

“Coaches don’t have a role in negotiations,” she notes. “So how do they manage athletes who get endorsements? It’s changing everything -- even the recruiting landscape. It’s one more challenge for coaches. As an association, we have a responsibility to stay in front of a ll these issues.”

The NCAA is “not the enemy,” Hughes insists. “We want to help them advance the game, at every level.” As the national governing body redrafts its constitution -- with dramatic changes expected throughout college sports – her goal is to make sure soccer remains important and relevant.

“Plenty of people do X’s and O’s,” she notes. “My job is to support professional development. I keep asking, ‘How we can professionalize this profession?’ I help create opportunities and offer resources beyond the flags.

She especially hopes that D-III coaches’ voices are heard on a day of rest, in between national semifinals and the national championship match.